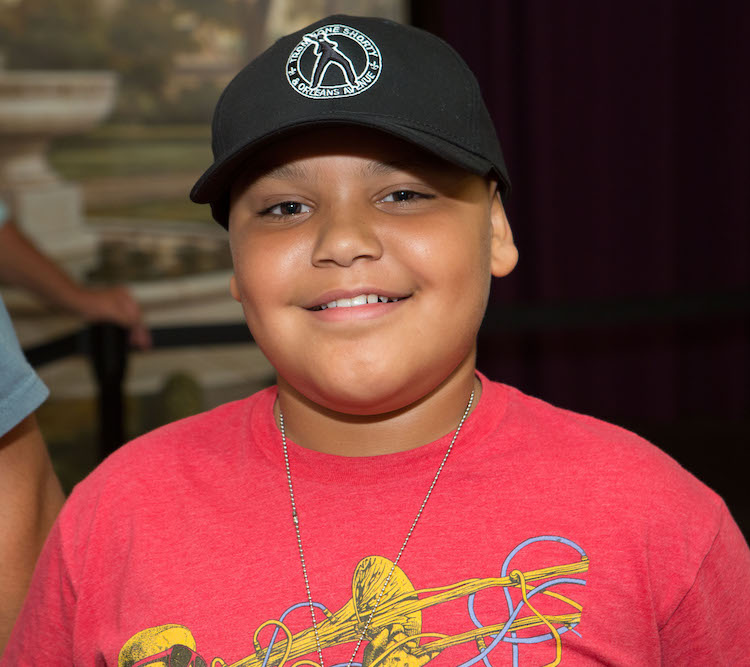 Nigel Bello can remember the day that music changed his life. It was Christmas morning and he was 6 years old. On that day, his father gave him his first trombone.

A student at International Magnet School of Global Citizenship in Hartford, Connecticut, Nigel became obsessed with music, eventually participating in the SpreadMusicNow-sponsored Funky Dawgz Brass Band Jazz Camp, itself a product of the Charter Oaks Cultural Center, a unique nonprofit that provides free classes in the arts to underserved Hartford youth.

With his stint at Jazz Camp completed, Nigel is continuing his music education at home. He receives training from his father along with several notable local musicians, all with Master’s degrees in music. He’s been learning all of the techniques of an advanced student, including breathing, posture, and music theory. He’s even been dabbling in piano to perfect his musical prowess.

He’s already playing with his dad at local gigs without a hint of stage fright – an impressive feat – considering that Nigel is all of 9 years old.

As a jazz trombone student, Nigel gets to show off his love of improvisation: “I love playing music in groups in my own style,” he says. “My plans are to keep studying and practicing so that one day I can play with [leading trombone improviser] Steve Davis.”

Nigel’s participation in the Funky Dawgz Jazz Camp has influenced his musical progress significantly, in turn leading to more confidence in his skills. “I feel like I’m a better musician now… I was always insecure about my soloing.” Now, Nigel’s favorite part of playing music is during solos, “because that’s when you let all your stress and happiness come out through your music and you can be melodic and be yourself.”

As for his future, Nigel remains passionate, “I want to keep playing trombone no matter what job I get. I want to make my parents proud and bring them to tears of joy with my music.”

Nigel’s enthusiasm is a testament to music education. If he’s this excited about his life and musical direction at age 9, imagine where he’ll be at 19?