Greg Young is a devoted father and husband, philanthropist, and Connecticut business owner. A lifelong Connecticut resident, Greg dedicates his life to his family and making Connecticut a better place for all children. Greg’s philanthropic focus is on improving the educational outcomes of children in Connecticut through BeFoundation, his family foundation. BeFoundation is devoted to the dramatic improvement in the education and community vitality of underserved children in Connecticut. With an abiding passion for music and an awareness of the importance and far reaching impact of music education, Greg felt the need to address gaps in access to high quality music education. In 2014, Greg co-founded SpreadMusicNow with Richard Wenning, the Executive Director of BeFoundation. Together, they extended the reach of the family foundation beyond Connecticut and built SpreadMusicNow into a national organization supporting music education, music educators and underserved youth. 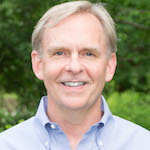 Richard Wenning serves as Executive Director of BeFoundation, a family foundation devoted to dramatic improvement in the education of underserved students in his home state of Connecticut. He co-founded SpreadMusicNow in 2014 with BeFoundation founder Greg Young. During a career focused on the improvement of public education, Richard has worked with federal, state, and local agencies and nonprofits as an executive leader and strategy consultant. He has served as the Associate Commissioner of the Colorado Department of Education, Vice President of the Colorado League of Charter Schools, Executive on Loan to Denver Public Schools, Senior VP of New American Schools, Senior Policy Advisor to the CEO of D.C. Public Schools, and staff for the U.S. Senate Appropriations Committee and Government Accountability Office. Richard holds a Master of Public Administration degree from The American University and was awarded a Presidential Management Fellowship. He earned his Bachelor of Arts in Economics from Ithaca College. 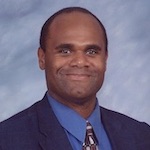 A professional musician, educator and passionate advocate for young students, Marvin McNeill is currently pursuing a Ph.D. in Ethnomusicology at Wesleyan University in Middletown, CT. His research interests include New Orleans Brass Band Music and Culture, African American / Black Music and Culture, Youth Music and Culture, Afro-Caribbean Music and Culture, Music and Urban Geography Studies, Affect Theory and Popular Music Studies. He holds an MA in Ethnomusicology (Wesleyan University), an MM in Trombone Performance (University of Connecticut), a BA in Music Education (Virginia Polytechnic and State University), and is a member of many professional and academic societies and associations. Before returning to academic study, Marvin served 20 years as a college band director at Sacred Heart University (Fairfield, CT) and University of Connecticut (Storrs, CT), and is the founding member of The Funky Dawgz Brass Band, a New Orleans-style Brass Band whose mission includes giving back to the community and connecting with and inspiring inner-city youth to engage in music learning and performance. Marvin and The Funky Dawgz run an after school and summer program through the Charter Oak Cultural Center, a Hartford, CT-based nonprofit. Marvin performs widely throughout the Northeast, and has served as a guest conductor, adjudicator and clinician for concert bands and marching bands on both the middle and high school levels.