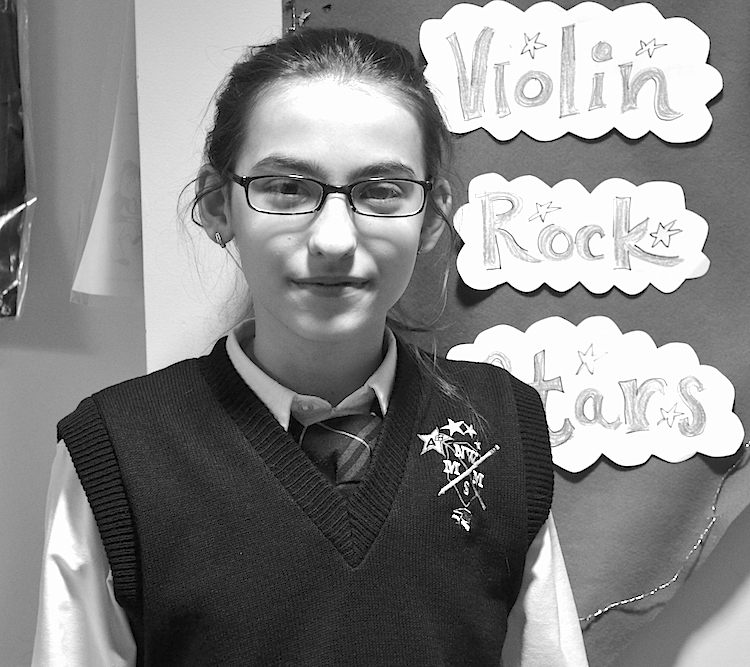 Loretta Mehmeti’s first experience with the violin wasn’t the stuff of legend. As a bright and adventurous first-grader, she initially found the instrument challenging – so much so that she gave up trying. For a while, that is.

It wasn’t until she reached 4th grade that Loretta rediscovered violin and began formal study at the Noah Webster Micro Society School under the guidance of Kathy Peet.

Through funding by SpreadMusicNow and its parent, BeFoundation, Loretta is able to attend group lessons each Saturday at the Hartt School, the comprehensive performing arts conservatory of the University of Hartford, in Connecticut.  She credits this instruction with helping her focus and overcome her initial difficulties learning violin.

Having structured training at the Hartt School “forces me to study and work at getting better” says Loretta. With support from SpreadMusicNow, the Hartt School – and similar music programs across the country – are able to provide music instruction to students like Loretta, helping to put them on the path to success in school and in life.

Although still very young, Loretta aspires to someday become a teacher, perhaps even a music teacher, and her sights are set on Trinity College in Hartford. With the music education she’s now receiving, she’s well on her way to achieving her dreams.

Studying the violin, she says, “will bring me to a better education, because when I’m older, I might want to be a musician, and I’m going to need that.”