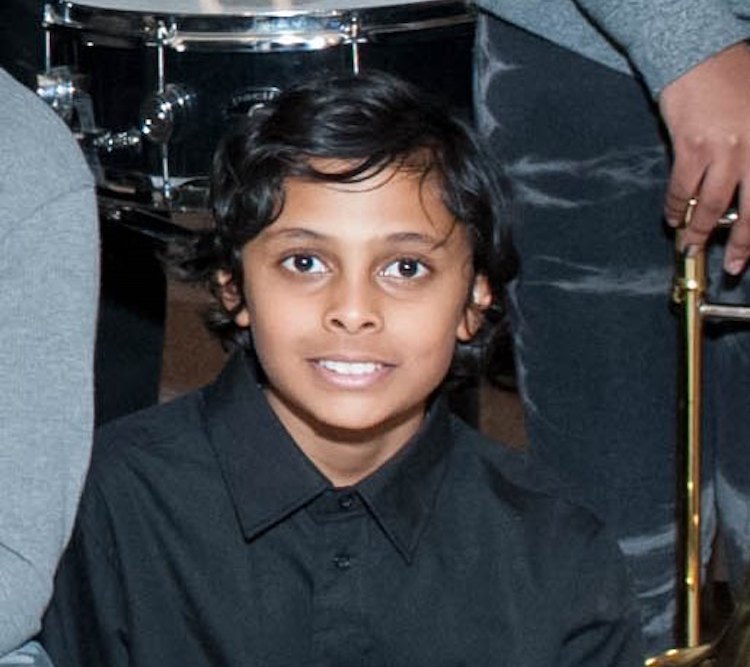 Joshua Hartman is an 11-year-old student at Betances STEM Magnet School in Hartford, CT. He is also an aspiring scientist, a talented musician, and a long-time student at Charter Oak Cultural Center’s Youth Arts Institute. Joshua started learning piano at the age of 5, and has since added trumpet and violin to his list of skills. Though he admits he wasn’t eager to start learning music, noting, “My mom forced me,” he is grateful that music is now such a big part of his life.

Joshua says the piano initially presented a huge challenge: “I didn’t know anything! I didn’t know how to read! I didn’t know any of the notes! I didn’t know one song!” These days, he says music relieves anxiety rather than causes it. “I listen to music or play my piano when I’m stressed out,” and "A River Flows in You" by Yiruma is one of his favorite go-to pieces that he plays to relax. Joshua says that pushing himself to learn piano and trumpet even though it was difficult was a great life lesson: “It was a learning experience. It got me better.” And these days, “When I try to learn a new song, or try to learn new notes, it’s a challenge, but I know I can do it.”

Joshua doesn’t plan on becoming a professional musician, though he hopes music stays part of his life forever. He plans to become an aerospace engineer or astronaut with NASA, or perhaps a paleontologist. Joshua hopes his passion for music will help him win scholarships or stand out on a college application as he pursues his scientific dreams. He says he even thinks he could manage to perform a concert while floating in zero gravity, even though, “It’s going to be hard, I’m going to be hitting my head a lot of times.”

Joshua says he was extremely shy when he started his music classes, but that Charter Oak has made it “easier to make friends, to talk to people, instead of being that shy guy in the corner.” He has enjoyed Lake Compounce trips and Christmas parties, and performing at local concerts where he gets to enjoy dinner and drinks (“Pizza and juice!” he assured the interviewer). Some of his favorite memories are Charter Oak’s pajama story nights, where, clad in his favorite Star Wars or Marvel Superhero PJ’s, he could relax and enjoy a reading with his friends. He says that even though he doesn’t remember many stories, since he fell asleep so quickly, “It was relaxing and comforting and nice.”

Joshua has played with Charter Oak’s Brass Band for four years. He still enjoys the challenge of learning new pieces and also acts as a mentor, helping the younger students learn their parts. The brass band taught Joshua how to improvise, improved his reading ability, and helped him to think about a musical ensemble as a team effort. He says that the weekly dinner and tutoring sessions for brass band students added to the “family feel” at Charter Oak. Joshua says Charter Oak has been a big part of his musical development and has brought him friends and a stronger ability to focus. When asked if there was anything else he wanted to say about his life as a young musician, he answered: “I want to say that the staff here are very nice. They’ll welcome you. They’ll teach you. Even if you mess up they’ll work on you, they’ll make you get better and better every time!"