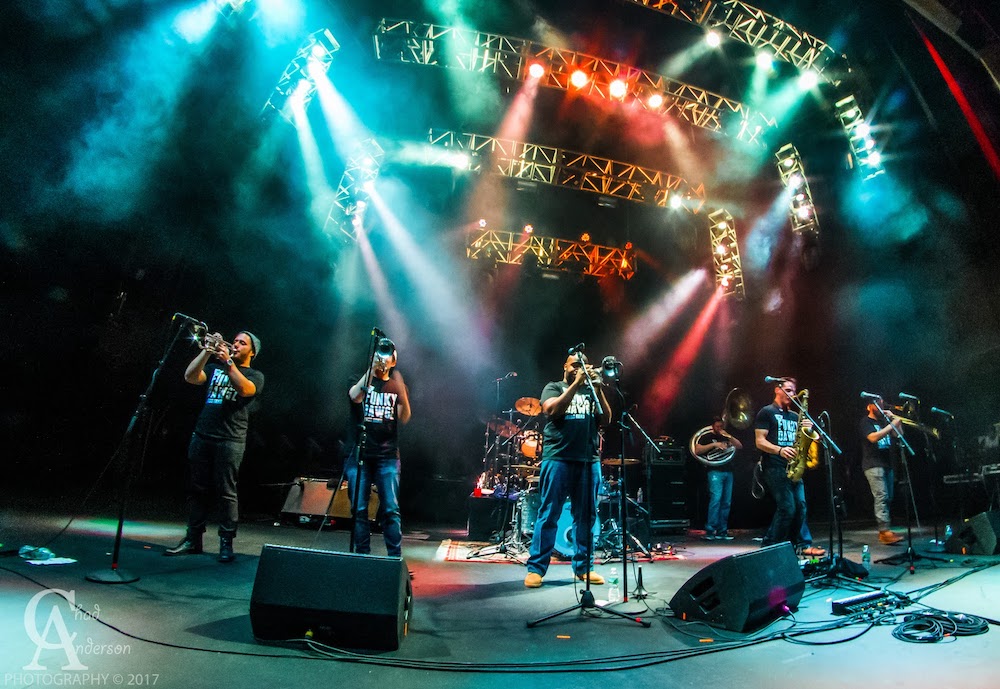 The Funky Dawgz Brass Band are one of the premier touring acts on the live music scene today. Emerging from Connecticut, these young men have engulfed the spirit and traditions of New Orleans as well as earned the respect from local musicians who grew up and reside in the city. It is impossible not to enjoy yourself during a show as they play a contagious upbeat mix of traditional New Orleans R&B, original music, hip hop, funk, and today’s top hits with a brass twist.

They have toured nationally from coast to coast, as well as internationally, and have been featured in all corners of the live music scene. From playing sold-out shows at Madison Square Garden as the horn section for Dispatch, to Camp Bisco, to closing out The Peach Music Festival, their performances flow seamlessly from EDM festivals to jam band festivals to traditional New Orleans second-line parades. They were also recently featured multiple times on nationally televised programming on ESPN as the house band for the March Madness Tournament Challenge during the opening segment of First Take.

There is a reason they were featured as one of Live For Live Music's Brass Bands You Need To Know. The Funky Dawgz are dropping jaws. These high energy horns have been featured on bills with Dispatch, Trombone Shorty & Orleans Avenue, We The Kings, Snarky Puppy, The Soul Rebels, Lettuce, The Motet, Preservation Hall Jazz Band, Rebirth Brass Band, Twiddle, Turkuaz, Kung Fu, Bernard Purdie, Sister Sparrow & The Dirty Birds, Big Sam’s Funky Nation, and the list continues.

When the band is not playing shows they are giving back to the community. The Funky Dawgz aim to connect, engage, inspire and rejuvenate music education in inner-city schools across the country. The band frequently gives performances and master classes to young musicians in elementary, middle, and high schools across the region.

Come see what all the hype is about.