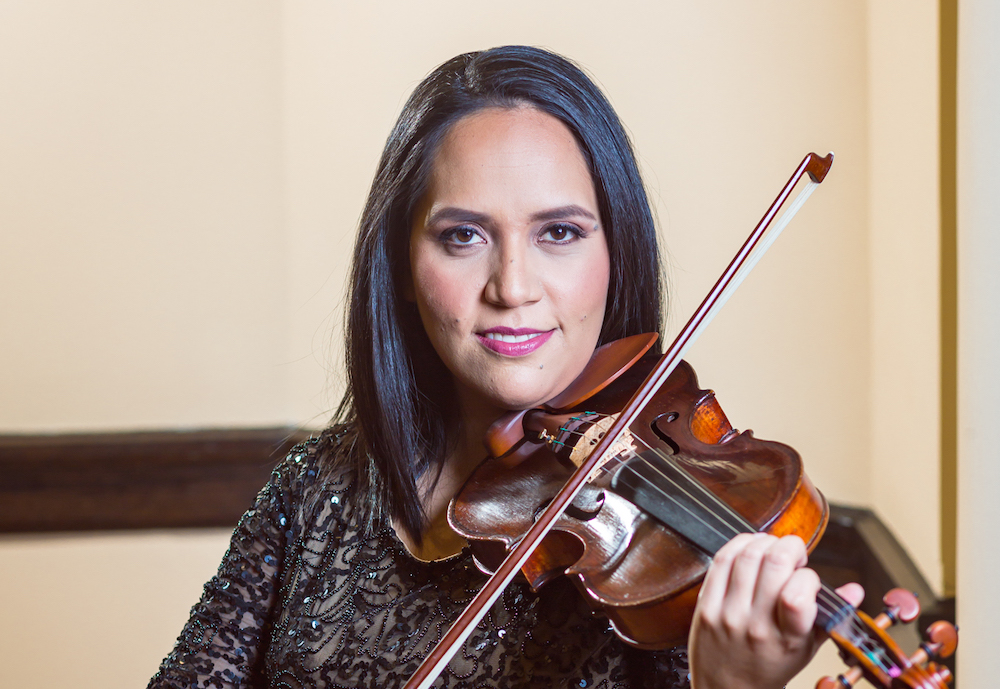 Angelica (Angie) Durrell, an Ecuadorian-born violinist, educator, and social entrepreneur, is the founder and executive director of INTEMPO, an organization dedicated to making music education relevant, accessible, and inclusive. Under her leadership, INTEMPO was a 2016 and 2017 National Arts and Humanities Youth Program Award finalist, won the 2019 Adolf Busch Award, and received Music for All’s 2020 Advocacy in Action Award.

Angie trained at the American Express Leadership Academy and the National Association of Latino Arts and Cultures Advocacy Leadership Institute, and was a National Arts Strategies Creative Communities fellow. She is a Sphinx LEAD inaugural fellow and a Sphinx Performance Academy alumna, where she served as the academy’s Assistant Dean. She has given talks on social entrepreneurship at Princeton University and University of Michigan. In 2017 she became the first Latina commissioner of the City of Stamford’s Arts and Culture Commission.