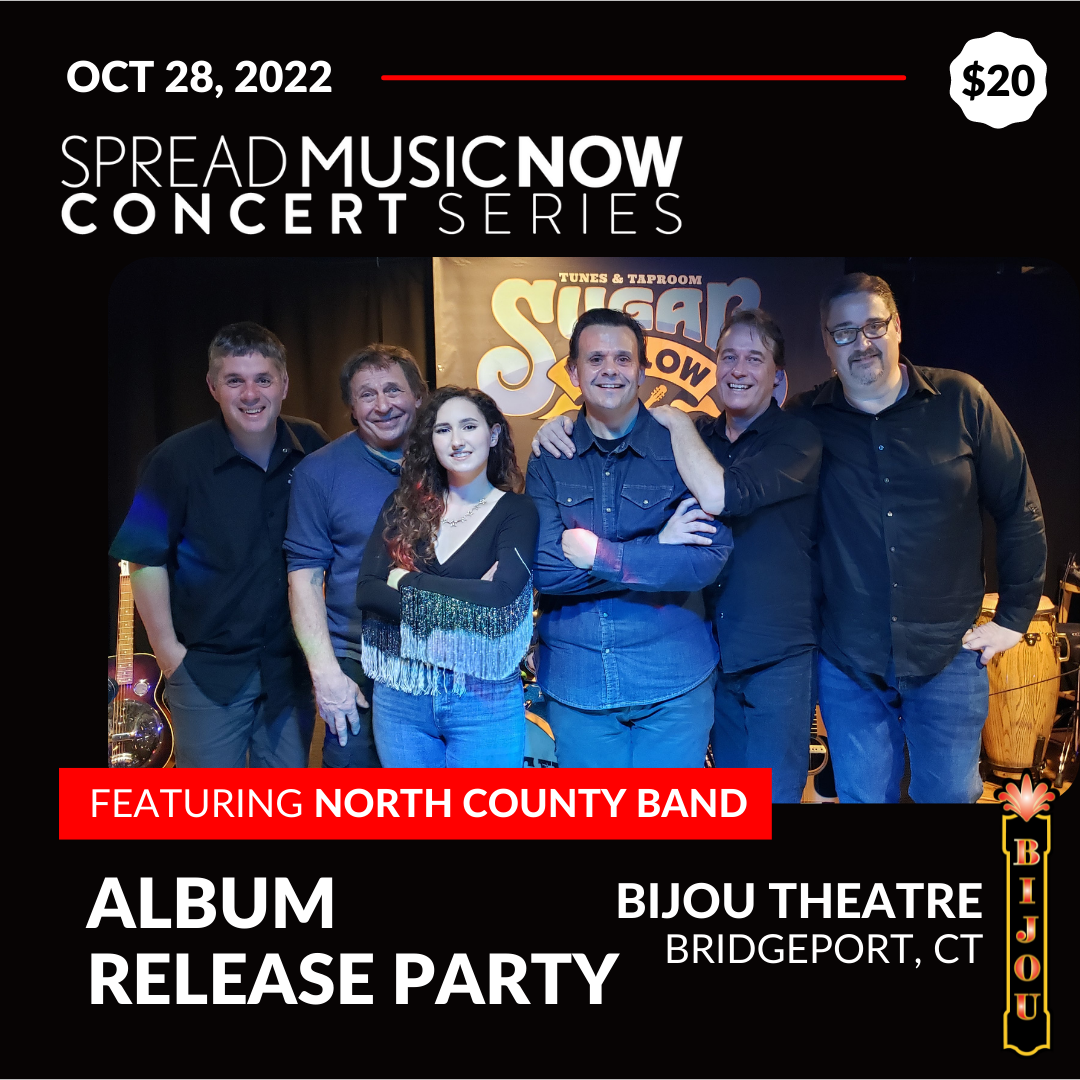 100% of your ticket purchase supports music education for Connecticut’s students as part of the SpreadMusicNow Concert Series. Music Empowers!

North County Band embodies country music from Connecticut. Performing a mix of originals and covers from Allman to Grateful, Waylon to Dwight, Wilco to Skynyrd, they are sure to get any wallflower dancing.

This event celebrates the release of their debut album "Connecticut" and supports SpreadMusicNow. The title track is a love song to a woman, inviting her back to our great state of Connecticut. Anyone from the area will appreciate the references to the Huskies, the shoreline, and local greats like Mark Twain and Helen Keller.

Formed during the height of the pandemic in 2020 by experienced performers from many genres, the North County Band has secured a spot among the premier country bands in Connecticut. Playing popular country cover songs, originals, and rock covers in a country style, The North County Band has delighted crowds at Daryl's House Club, Mohegan Sun Casino, The Arts in the Park Concert Series in Monroe CT, and dozens of corporate, private and municipal events in Maine, New York, Massachusetts, and Connecticut. The band features Texas-born fiddle and vocal sensation Cat Lines. Born and raised in Texas, Illinois, and Connecticut, the band's members share a love of country music and live performance.

The band is socially conscious and prides itself on supporting and partnering with non-profit organizations. They have helped raise money and awareness for area hospitals, churches, libraries, social clubs, and community organizations. The North County Band proudly serves as one of SpreadMusicNow’s Artist Ambassadors.

SpreadMusicNow is a public charity that helps Connecticut’s young people thrive. Based in Redding, CT, SpreadMusicNow funds music education and creative youth development that centers equity in outcomes and access for students' educational, career, and life success. Since 2014, SpreadMusicNow has made grants of over $1,800,000 to music programs across the state and beyond.