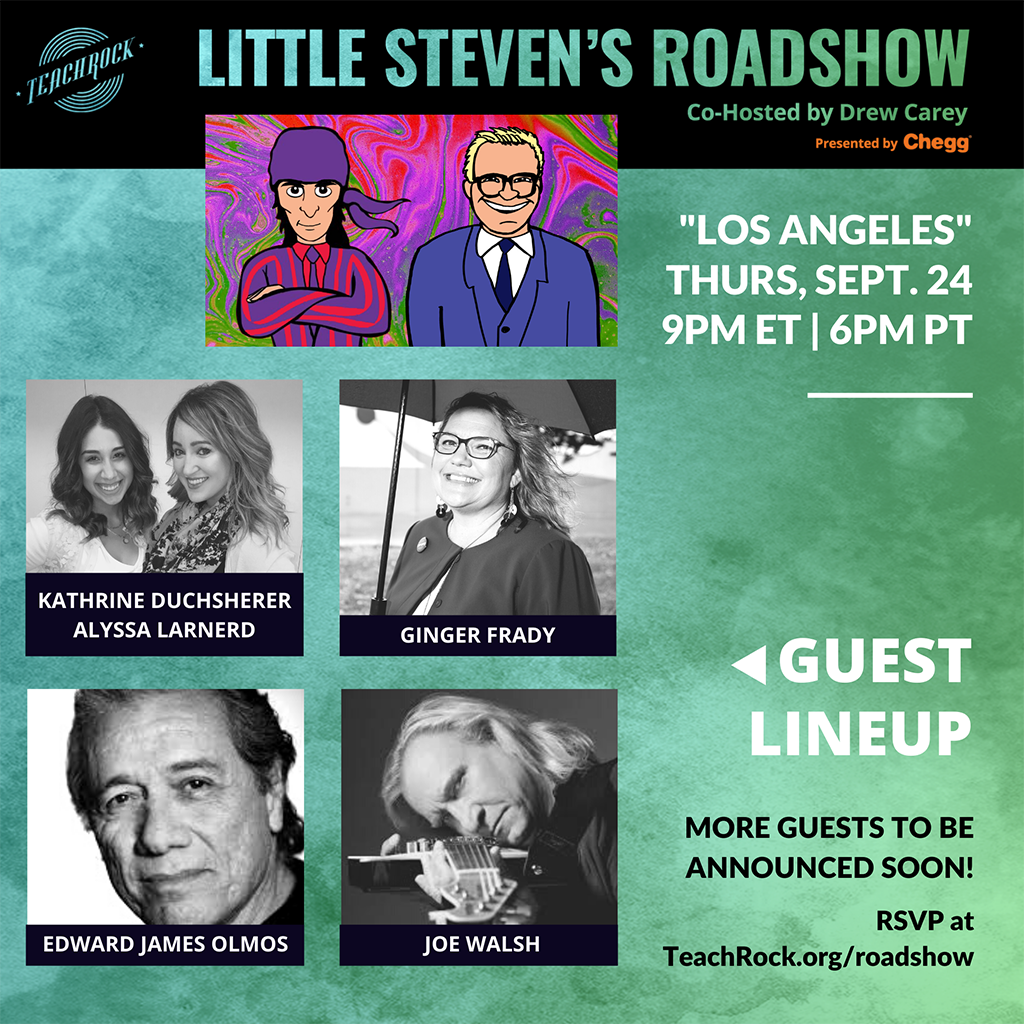 A donation to TeachRock is appreciated but not required to view.

The Los Angeles event is building on the successes of the Cleveland and Detroit episodes with several notable guests: Rock and Roll Hall of Famers Joe Walsh of the Eagles and the James Gang and Robby Krieger of the Doors; famed photographer Henry Diltz; and actor and producer Edward James Olmos.

More special guests will be announced before the show.

The roadshow is a virtual talk show that explores issues in education and the world through music. It was created to celebrate the power of music and its ability to connect, inform, and inspire thousands of students and teachers across the United States.

To register for the Little Steven TeachRock Roadshow, visit teachrock.org/roadshow. A donation to TeachRock is appreciated but not required to view. The Los Angeles episode will also be streamed on our new Music Empowers® YouTube Channel.