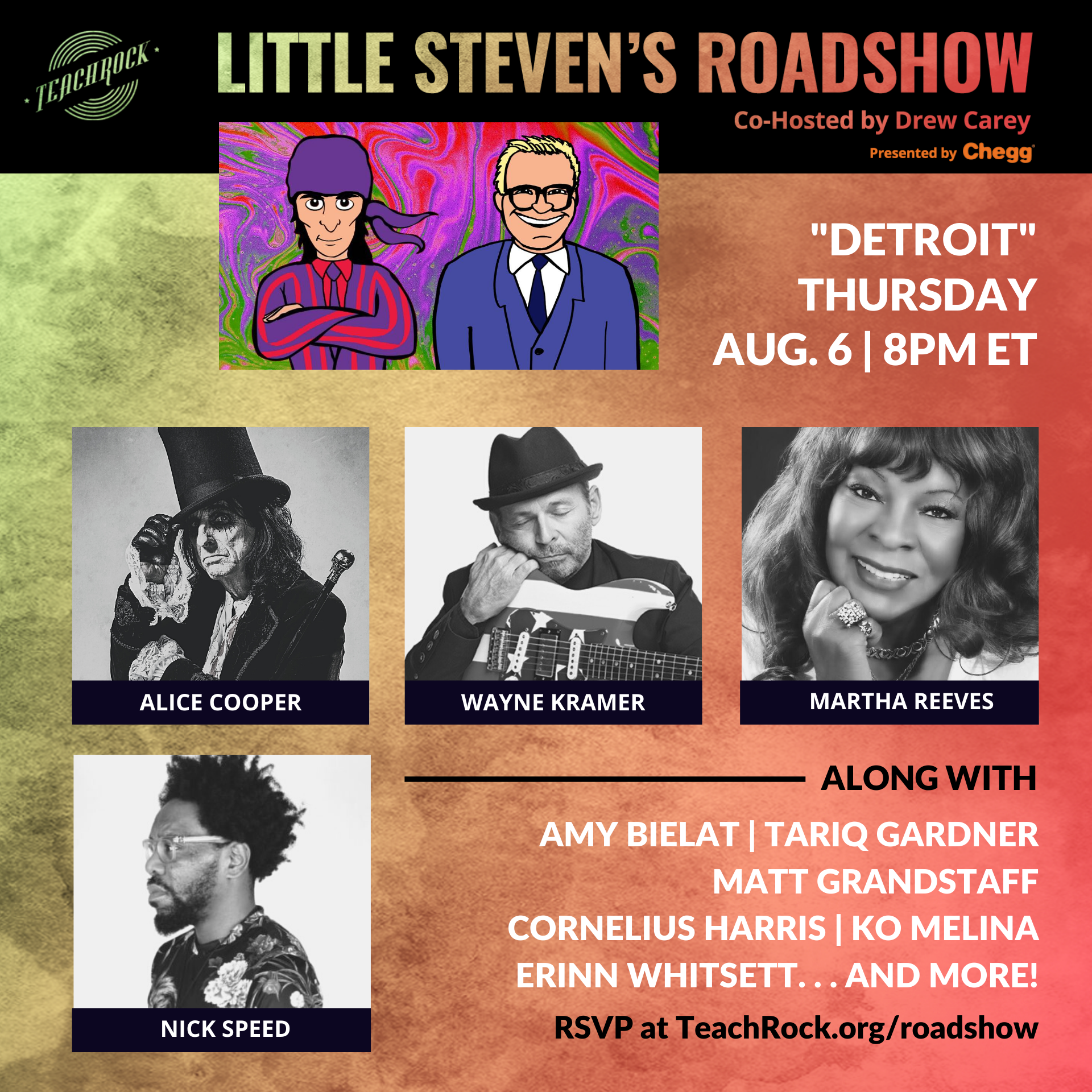 A donation to TeachRock is appreciated but not required to view.

Steven Van Zandt, legendary artist, producer, songwriter, actor, entrepreneur and founder of the Rock and Roll Forever Foundation and its TeachRock.org arts integration program, is hosting a Virtual Roadshow in "Detroit" on Thursday, August 6 at 8pm EST. Comedian, actor, and gameshow host Drew Carey will co-host. SpreadMusicNow is proud to sponsor the "In Detroit" episode of this legendary event.

Special guests include Martha Reeves, who will debut a never-before-released video of her performance of "Heatwave" with Bruce Springsteen and the E Street Band in 2003; Alice Cooper, who will discuss his Detroit roots and his return to the city to record; MC5 member Wayne Kramer, who will discuss Motor City Rock; hip hop producer Nick Speed, who is joining to celebrate the legacy of J Dilla; and Cornelius Harris, founder of Exhibit 3000, the museum of Detroit Techno Music, who will discuss how funk and electronic music from Detroit expanded to Europe and all over the world.

More special guests will be announced before the show.

According to Van Zandt, "The basic idea of this virtual roadshow is to go from city to city exploring that region's rich music history, talk with the musical and cultural influencers of the region, and explore how the arts helped shape and define that city."

To register for the Little Steven TeachRock Roadshow visit TeachRock.org/Roadshow. A donation to TeachRock is appreciated but not required to view.