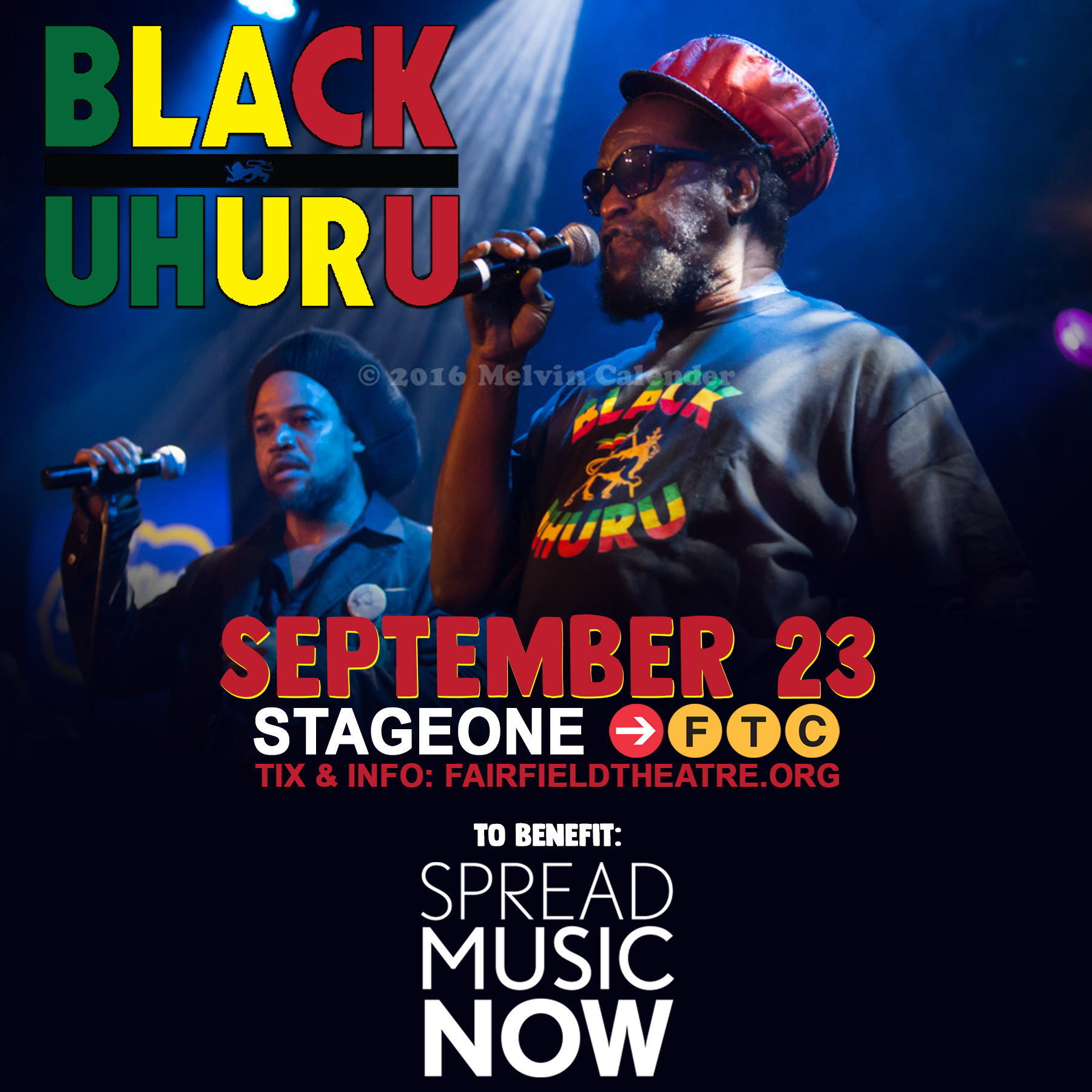 The legendary Black Uhuru is one of the most popular successful reggae group to come out of Jamaica. Although going through numerous lead singers and musicians they have remained to be one of the most recognized and prolific reggae band for over 50 years. Derrick "Duckie" Simpson is the founder and leader of the group.

The roots of Black Uhuru were formed in Kingston's "Waterhouse" District in the late 60's. The original Uhuru's were Derrick "Duckie" Simpson, Euvin "Don Carlos" Spencer and Rudolph "Garth" Dennis. They recorded three tracks "Folk Song" "Time is on Our Side" and "Slow Coach". Garth left and joined Wailing Souls and Don pursued a solo career.

Black Uhuru OfficialDuckie reformed the group adding Michael Rose and Errol Nelson both from Waterhouse. They recorded the debut album "Love Crises" in 1977 for Prince Jammy. The album was later re-released as "Black Sounds of Freedom". Errol later left to join The Jays. He was replaced by female singer Sandra "Puma" Jones and they teamed up with drummer Sly Dunbar and bassist Robbie Shakespeare.

This new line up with the added female backing vocals to Duckie's harmony and Michaels lead along with the riddim twins Sly & Robbie they developed a unique sound. A style that was full of bass thumps, loud drum slaps, sharp keyboards, heavy guitar riffs, dubbed with long instrumentals full of whirly background dub echo noise effects and the signature "woh oh ohs". This became the classic "Uhuru" sound of the 80's. The first album they released was "Showcase". They signed with Island Records and began to tour internationally and started working with well-accomplished musicians and producers.

During the Island years, they released the albums "Red" "Chill Out" "Guess Who Coming to Dinner" and "Sinsemilla". They made history when they won the first ever Grammy award for reggae music in 1984 for the album "Anthem". Shortly after the Grammy, Michael Rose left the group to go solo.

We hope to see you there!