Get Your Tickets Now

"Rebirth can be precise whenever it wants to," says The New York Times, "but it's more like a party than a machine. It's a working model of the New Orleans musical ethos: as long as everybody knows what they're doing, anyone can cut loose."

Their signature brand of heavy funk has placed them among the world's top brass bands and they are the hands-down favorite among the younger generation. After two sold out shows on FTC's StageOne in 2012, RBB brings the French Quarter to The Warehouse this December.

Get Your Tickets Now 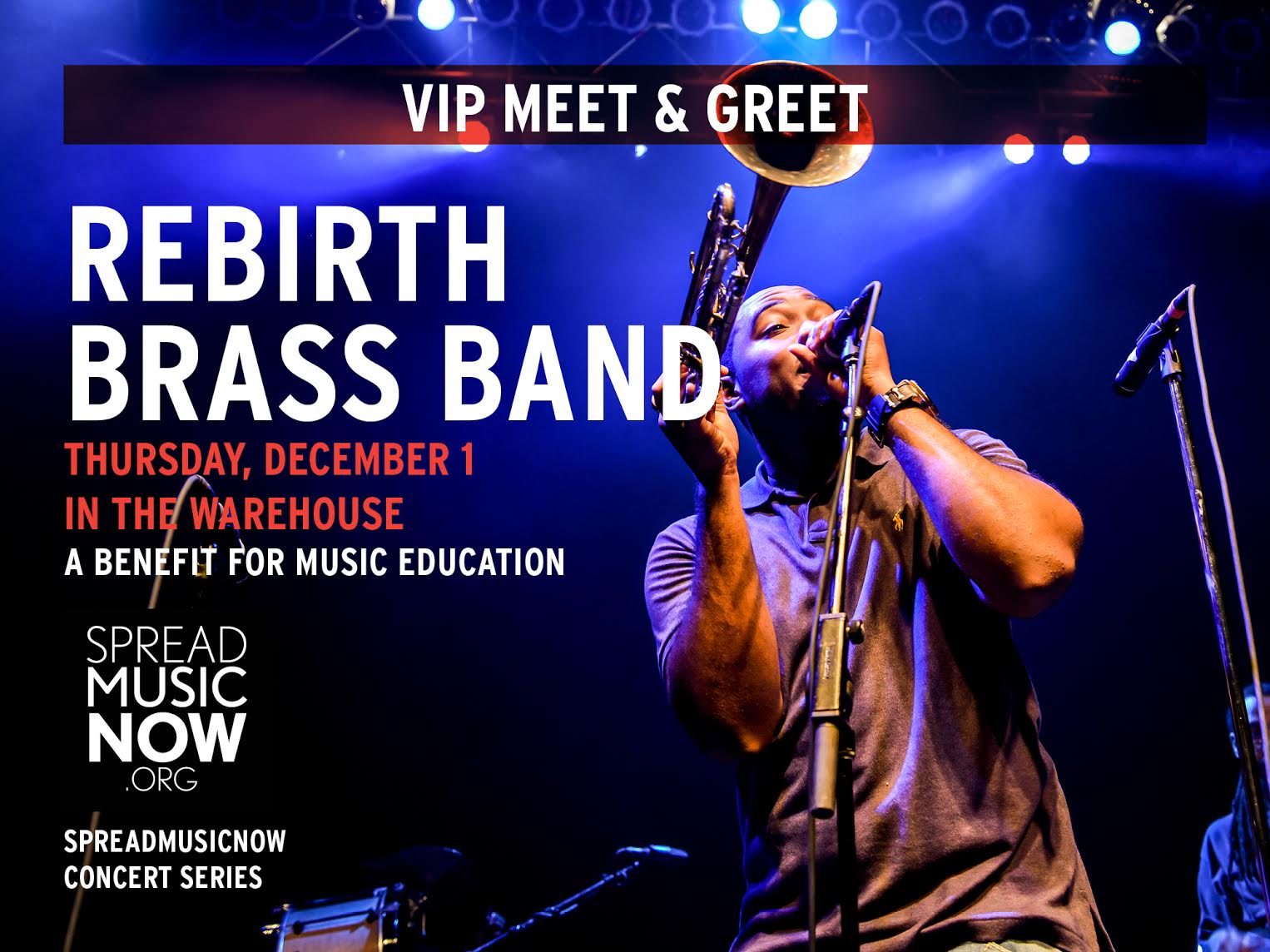 SpreadMusicNow is proud to host a VIP Meet & Greet prior to the show at 6pm with the Rebirth Brass Band and a special student performance.

SpreadMusicNow will MATCH ALL FUNDS RAISED through VIP ticket sales and donations and all proceeds will benefit music education in Connecticut and New Orleans.

This exclusive VIP Meet & Greet (to benefit music education, of course) will not only get you up close and personal with the impressive Rebirth Brass Band, but it will also feature some fresh young talent with a special student performance from Charter Oak Cultural Center's Funky Dawgz Brass Band Program!

This after-school Connecticut program bases itself on the New Orleans Brass Band tradition, so giving these hard-working kids a chance to play alongside a true brass band powerhouse is an amazing opportunity.

Pick yourself up a ticket and come out to see these kids shine.

The Roots of Music

The Roots of Music, founded by Derrick Tabb of the Rebirth Brass Band along with Allison Reinhardt, fills a void in music education programs in New Orleans Schools. Marching bands were once an integral part of New Orleans middle schools, but many schools discontinued their music programs for this age group after Katrina. Today, the Roots of Music serves over 100 students, making up a full marching band that has successfully paraded the city since Mardi Gras 2009.

You can't ask for a better way to support music education!