Some Kind of Spark Screening May 4th

SpreadMusicNow is sponsoring this screening in order to expand public awareness of the importance of music education. Public awareness is an important first step in generating public interest and will to invest in high quality music and arts education.

So, whether you’re interested in music education, or just love music, you’ll have a great time watching this inspiring film. Join us for this revealing and honest portrayal of the transformative impact of music education on children’s lives on Wednesday, May 4th at 7:30pm.

You can purchase tickets here: AvonTheatre.org

Some Kind of Spark is a feature-length documentary that follows five kids from the far reaches of New York City as they embark on a life-changing experience—the opportunity to study music in Juilliard’s Music Advancement Program (MAP), a Saturday outreach program for kids from communities that are underserved in the arts.

Painting a deeply intimate portrait of the students’ lives and patiently allowing them to tell their own stories, Some Kind of Spark illuminates the universal challenges faced by students and educators in communities worldwide regarding music education and the lack thereof. Spanning borders and ethnicities, gender and class, the film is uniquely positioned to quietly, but effectively, illuminate these pressing contemporary social issues.

Throughout the course of the film, these kids go on a musical journey, both inspiring and very challenging. This is a new world for these children—many who have never even heard of Juilliard—and the demands are high, even for beginners. They come from the far corners of New York City, from Sheepshead Bay in Brooklyn, Jackson Heights and The Bronx, making the long trek, at times taking hours, as they navigate the buses and subway trains through rain and snow to reach the school early every Saturday morning.

There is a natural arc to the story as the film follows the kids through some of the most formative years of their lives—and in the early beginnings of their relationship with music and their teachers—over a 2-year span. In this time, each child has his/her own conflicts and hurdles to overcome—from a first recital and stage fright, to the demands of daily practice, to a lack of family resources.

Ultimately, this is a film about transformation. It aims to serve as an inspiration for other programs across the nation to nurture two of our most valuable national treasures: our children and our musical heritage.

Check out the official trailer:

Please join us after the film for a panel discussion moderated by Richard Wenning, Co-Founder and Board Member of SpreadMusicNow. We'll be discussing the film and the role of music education in children's lives. The Director and Producer of Some Kind of Spark, Ben Niles, will participate along with Angelica Durrell, Founder and Executive Director of INTAKE Organization, Joyce DiCamillo, Board President of PROJECT MUSIC, and Enid Lieberman, Director of Music Education at Stamford Symphony.

The panel will be followed by a short Q&A. 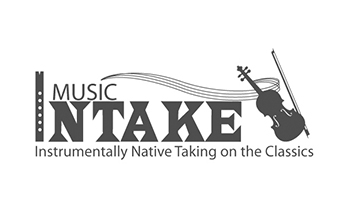 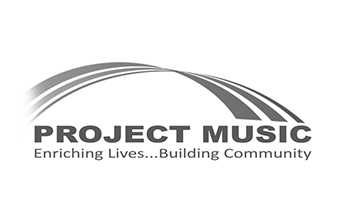 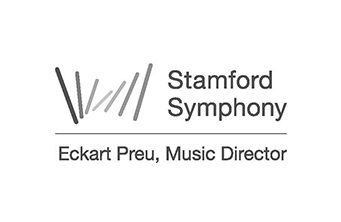 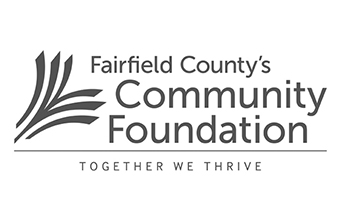 Richard Wenning is executive director of BeFoundation, a family foundation devoted to dramatic improvement in the education of underserved children in Connecticut and the vitality of their communities. Richard also leads SpreadMusicNow, a Fund that supports music education for underserved youth, helping to shape their futures and build lifelong success.

Richard’s role at BeFoundation fostered his return to his home state of Connecticut after stints in Washington, D.C. and Colorado focusing on education policy. These included positions with the Colorado Department of Education as Associate Commissioner, the Denver Public Schools as executive on loan, and the Colorado League of Charter Schools as vice president. In Washington, D.C., Richard served as a senior advisor to the DC Public Schools and as professional staff to the U.S. Senate Committee on Appropriations.

Ben Niles is an award-winning documentary filmmaker. His latest film, “Note By Note (The Making of Steinway L1037),” won top honors at the Sarasota Film Festival, was nominated for an IDA award and selected to the prestigious American Documentary Association, screening in over 30 countries. It has now been translated into 5 languages and premiered nationally on PBS. He is currently co-directing Still We Rise with producer Molly Raskin, a film about mental health in Liberia. Commercially, he brings his documentary approach to produce videos for Taste of NY, Gourmet Magazine, Ford, Razorfish, J. Walter Thompson and Wired Magazine.

Angelica Durrell is a violinist, educator, and social entrepreneur who has led a career nurtured by music education and community engagement. After graduating from the University of Connecticut on a full talent-based scholarship, she has attended the American Express Leadership Academy and the NALAC Advocacy Leadership Institute. Durrell’s recent accolades include an invitation to perform for Pope Francis in 2015. An Ecuadorean born violinist, Angie’s experiences of immigrating, struggling to assimilate into a foreign culture and striving to succeed with extremely limited resources are reflected in the faces of the children who attend INTAKE’s Native Instrument Academy programs each week.

Angie is driven by the vision of promoting western classical music relevance, accessibility, and inclusion through youth development, education and the use of native instruments.

Pianist Joyce DiCamillo has led her own jazz trio for thirty+ years performing with such legends as James Moody, Phil Woods, Houston Person, and as pianist for Donna Summer. She has released 5 trio CDs and is included on the prestigious International Roster of Steinway Artists. She has headlined at the Kennedy Center, Southport (UK) Jazz Festival, Guinness Jazz Festival (Ireland), Andria (Italy) Jazz Festival, Syracuse Jazzfest, Litchfield Jazz Festival, The Jazz Cruise, and was featured on NPR’s Piano Jazz hosted by Marian McPartland. A Syracuse University School of Music graduate, she appears internationally as Clinician/Artist/Adjudicator and is co-founder of Summer Jazz Workshop, entering its 23rd season. Joyce is board president of PROJECT MUSIC, an El-Sistema-inspired not-for-profit offering free music lessons to Stamford, CT inner city students.

Children have always inspired Enid, and music has always been her passion. Armed with a Master’s degree from NYU, she began her career in Manhasset, NY teaching third grade. After raising a family and moving to Connecticut, Enid returned to teaching at Bi-Cultural Day School, in Stamford, as a fourth and sixth grade teacher, an administrator in curriculum development and teacher support, and then as the Director of Education, grades 1-4. Amidst her thirty-year career, she attended S.U.N.Y. Purchase and received an Arts Management Certificate.

In September 2012, Enid joined the Stamford Symphony team, as Director of Music Education, thrilled at the opportunity to provide innovative and engaging programs to enrich the next generation of music lovers, encourage future musicians, and help develop the appreciation, joy, and love of music.