The Intersection Between Philanthropy, Technology and Music 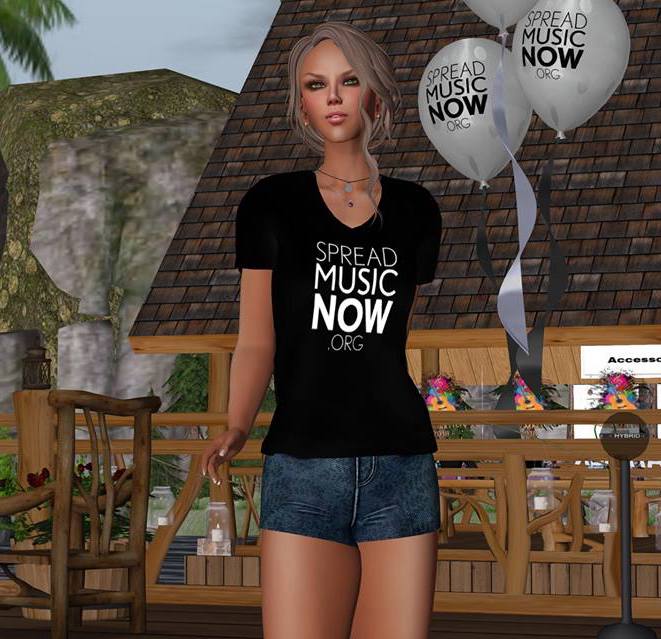 Years ago, most people probably wouldn't have thought there was much correlation between music and technology. Sure, for a long time now, producers have used computers and audio equipment to fine-tune music and edit songs. But for the most part, singers sung, musicians played, and the technology experts spent their days rapidly typing away on their keyboards and solving complex computer issues that involve way more than just restarting your machine.

However, times have changed, and with the growth of social media and virtual communities, the gap between technology and music has gotten smaller. YouTube and Facebook have introduced us to artists we otherwise may have never known. Musicians now have ample opportunities to connect with their fans online through social media posts, blogs, and online chats. The evolution of technology has offered musicians a plethora of ways to reach audiences worldwide.

Beyond that, people are finding new ways to use technology to generate more awareness for important causes such as music education for children. Just ask Allie K., a music enthusiast who discovered a unique way to combine her love of music with a fast-growing online community to make a positive impact on children's lives. 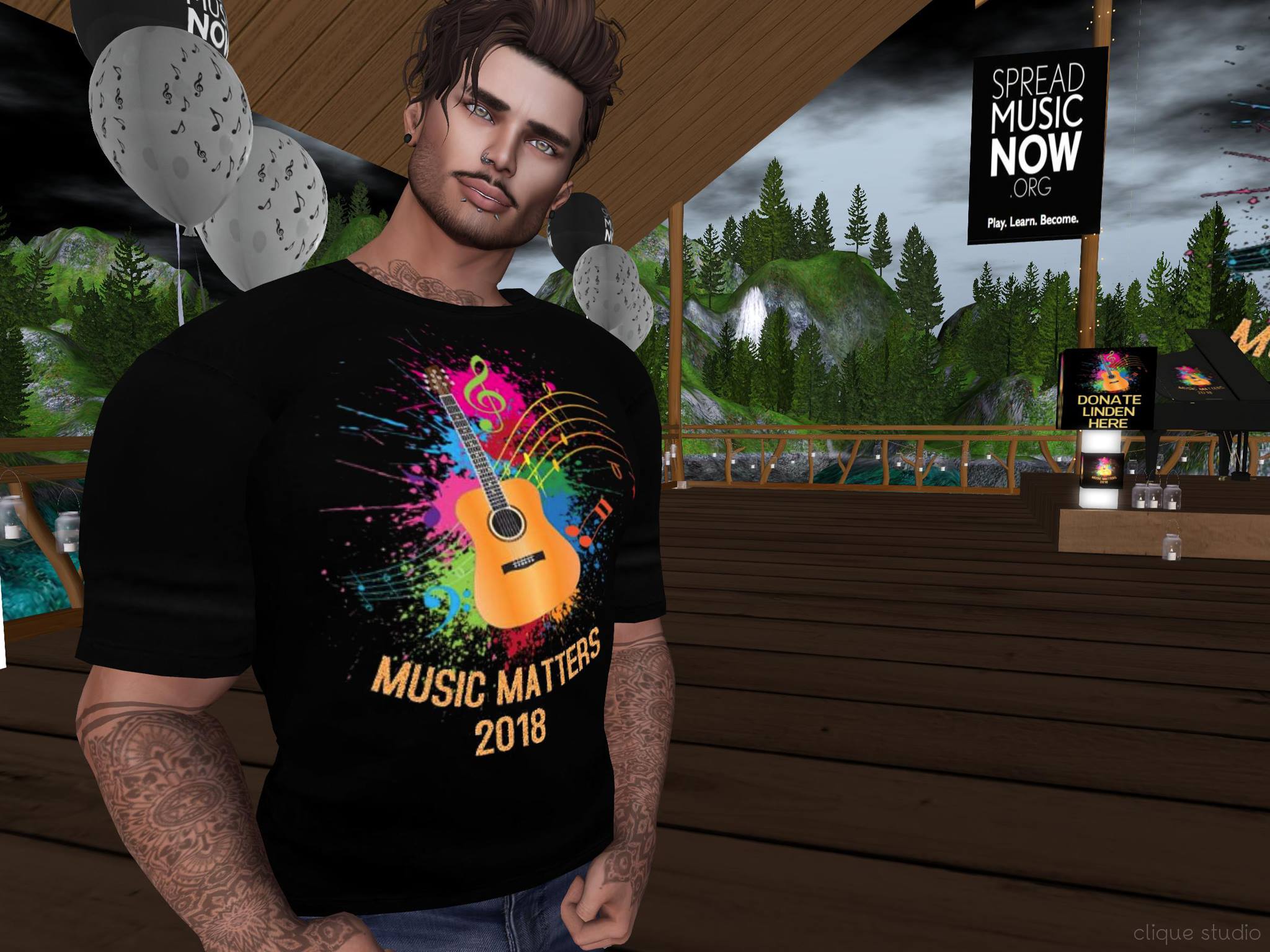 Several years ago, Allie joined Second Life, an online virtual world that was created in 2003 by a San Francisco-based firm called Linden Lab. On Second Life, people can create virtual representations of themselves (called avatars), build virtual properties, participate in social events, and even earn "Linden dollars," which can be exchanged for real-world currency. While it sounds like one giant computer game, it is actually quite the opposite (the creators of Second Life remain adamant about this fact). With users from many different countries from across the globe, Second Life offers members the opportunity to build relationships with people from all over the world. The connections that people make are very real, despite it being an online community. "As you get to know each other virtually, you get to know the person behind the avatar as well," Allie said. "People give their time and money to support one another on Second Life." 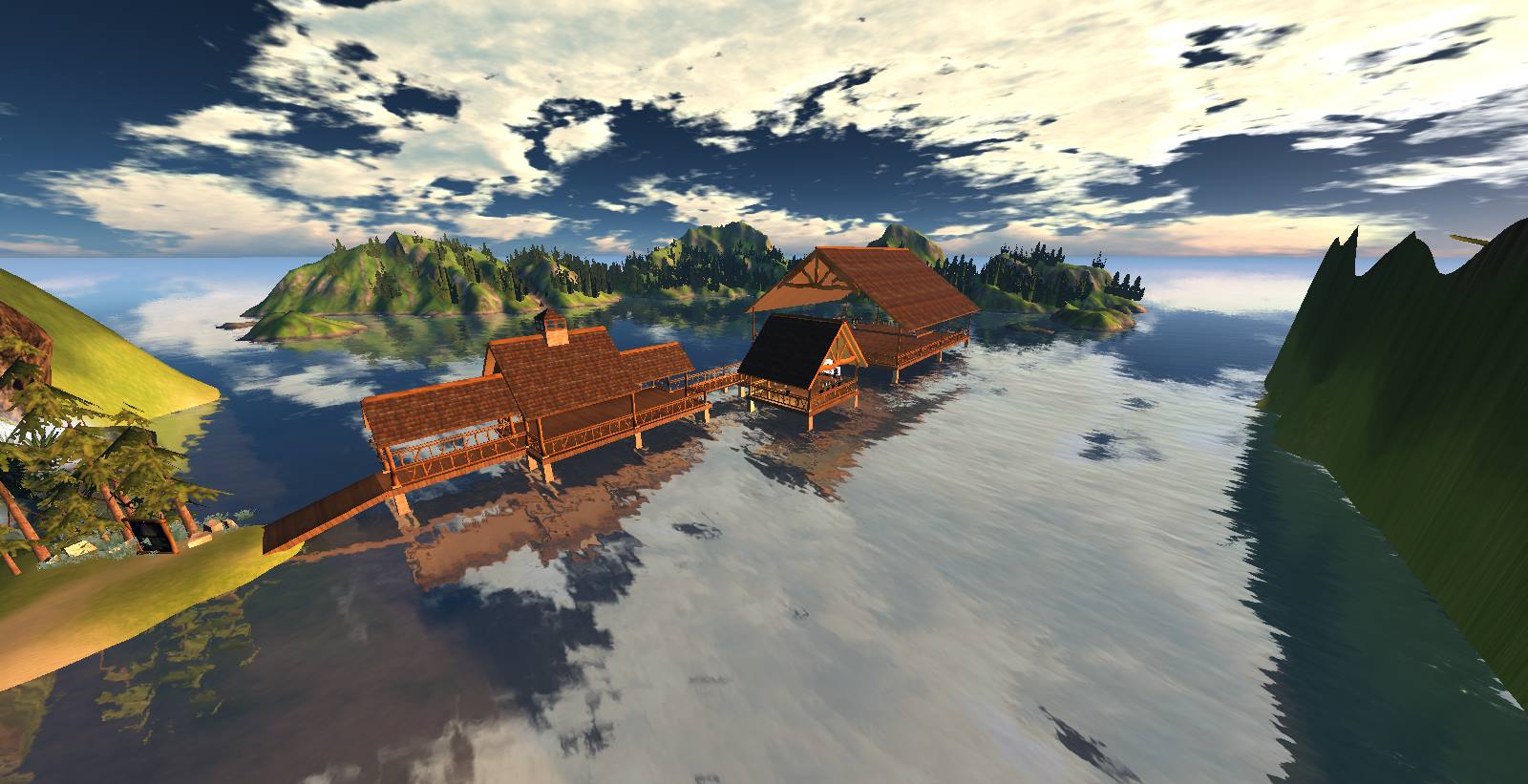 Even before joining Second Life, Allie had imagined one day being able to organize a fundraiser that would benefit music education. Having grown up listening to her father's massive album collection and sharing an appreciation of music with her siblings, supporting music education had always been important to Allie. After seeing how other people used Second Life for fundraising opportunities and realizing its potential, Allie joined forces with some of her friends and fellow musicians and created Music Matters. It didn't take long for her to decide that she wanted to donate all of the proceeds from her fundraising events to SpreadMusicNow. "I read about the work that they do and saw all the smiling kids with their guitars, violins, flutes, and more," Allie said of the organization. "It touched my heart. I thought it would be perfect for what we were looking to do."

Music Matters hosted their first event on the Second Life platform in June 2016, where they raised about $750. "I don't think SpreadMusicNow knew what to make of us, or if we were legit," Allie recalled with a laugh. "We've now just completed our third year! In total, we've raised over $9,500 in donations." 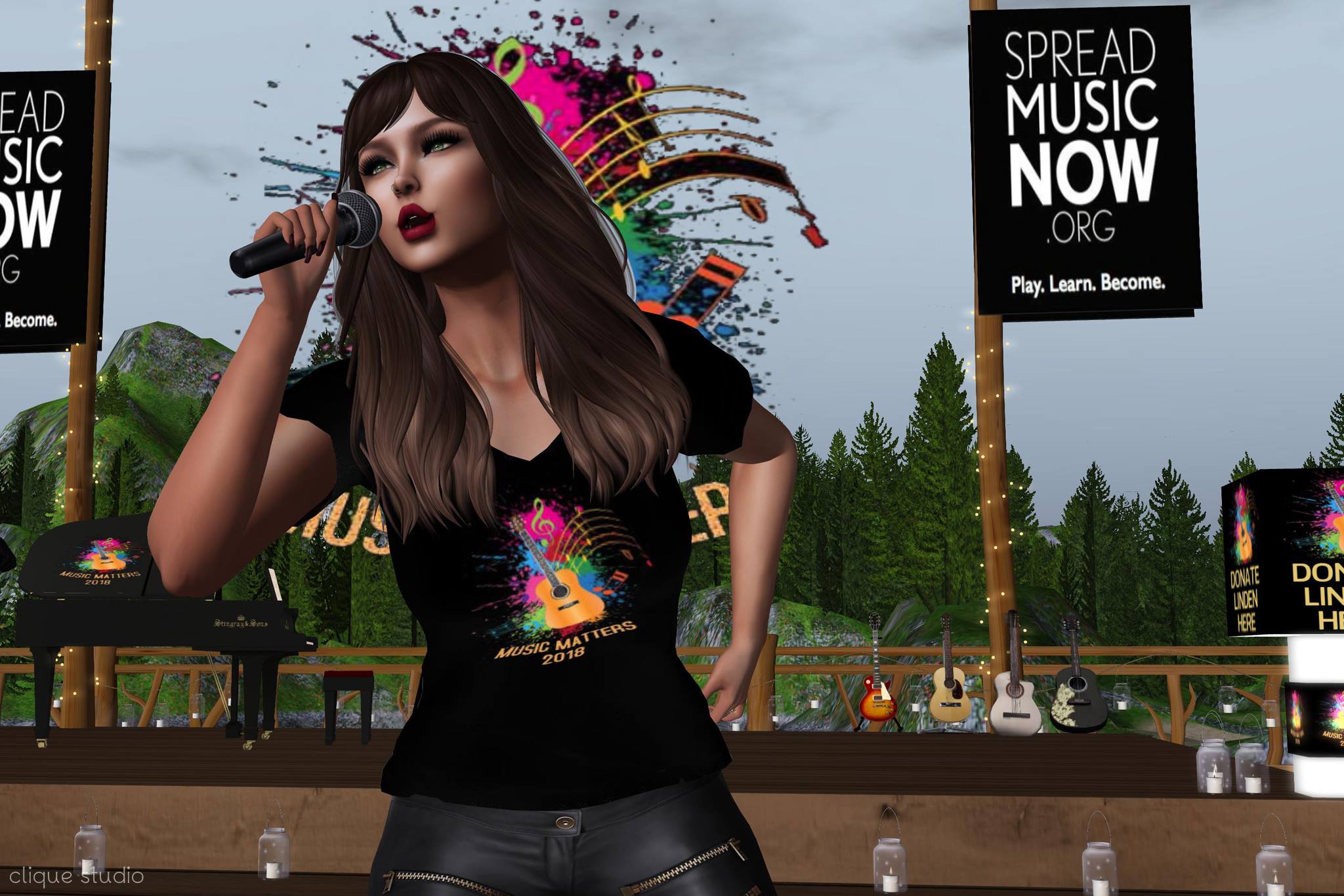 Music Matters' most recent fundraising event occurred over the weekend of September 14-16, 2018. The event drew more than 700 people and raised over $4,600, all of which was donated to SpreadMusicNow.

Performers came up with unique challenges throughout the weekend to encourage people to donate. For example, one performer offered a digital copy of his real-life album to anyone who donated a specific amount. Other members offered to match donations if they raised a certain amount of money within a set time period. One performer even offered a free concert on Second Life to the person who donated the most funds!

Having just passed its third year, Music Matters shows no signs of slowing down. The next Second Life event is already in the works for September 2019, and Allie and her team are more determined than ever to continue spreading awareness about the importance of music education. "It's beautiful to see how everyone pulls together for a worthwhile cause," she said. "We are a music community who believes in the impact music has had on all of our lives, and we support giving that gift to children." 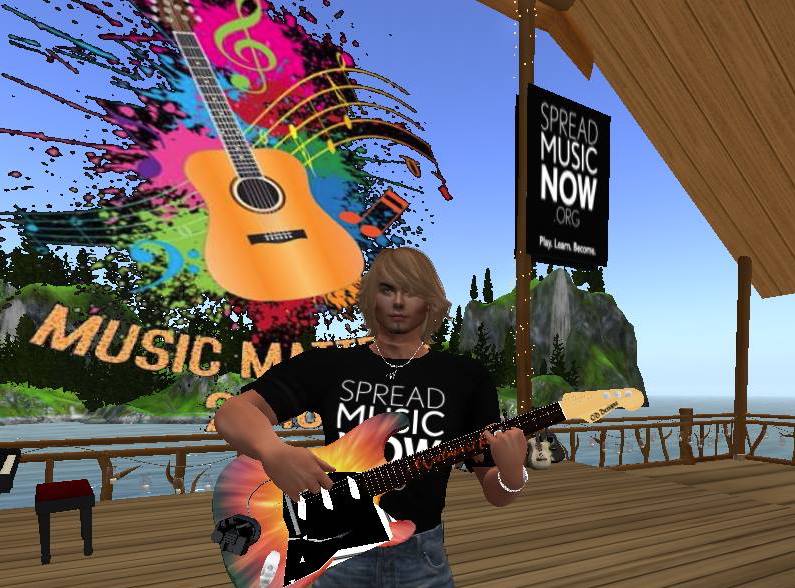 A huge thank you to Allie K. and Carol G. for organizing this event and to Carol G. for creating a beautiful dock-like venue on the water. It was truly magical. Thank you to all of the musicians, hosts, management teams, sponsors, contributors, and all the guests who were part of this event. Without all of you, this wonderful, virtual event would not be possible. We're forever grateful to know people like you with a passion for music and music education.

SpreadMusicNow is a nonprofit organization committed to bringing high-quality music education to children in underserved areas, helping to shape their futures and build lifelong success. Founded in 2014, SpreadMusicNow has made over $1,000,000 in grants to music education programs across the country. To learn more or to make a donation, please click here.

Be sure to join us next year! 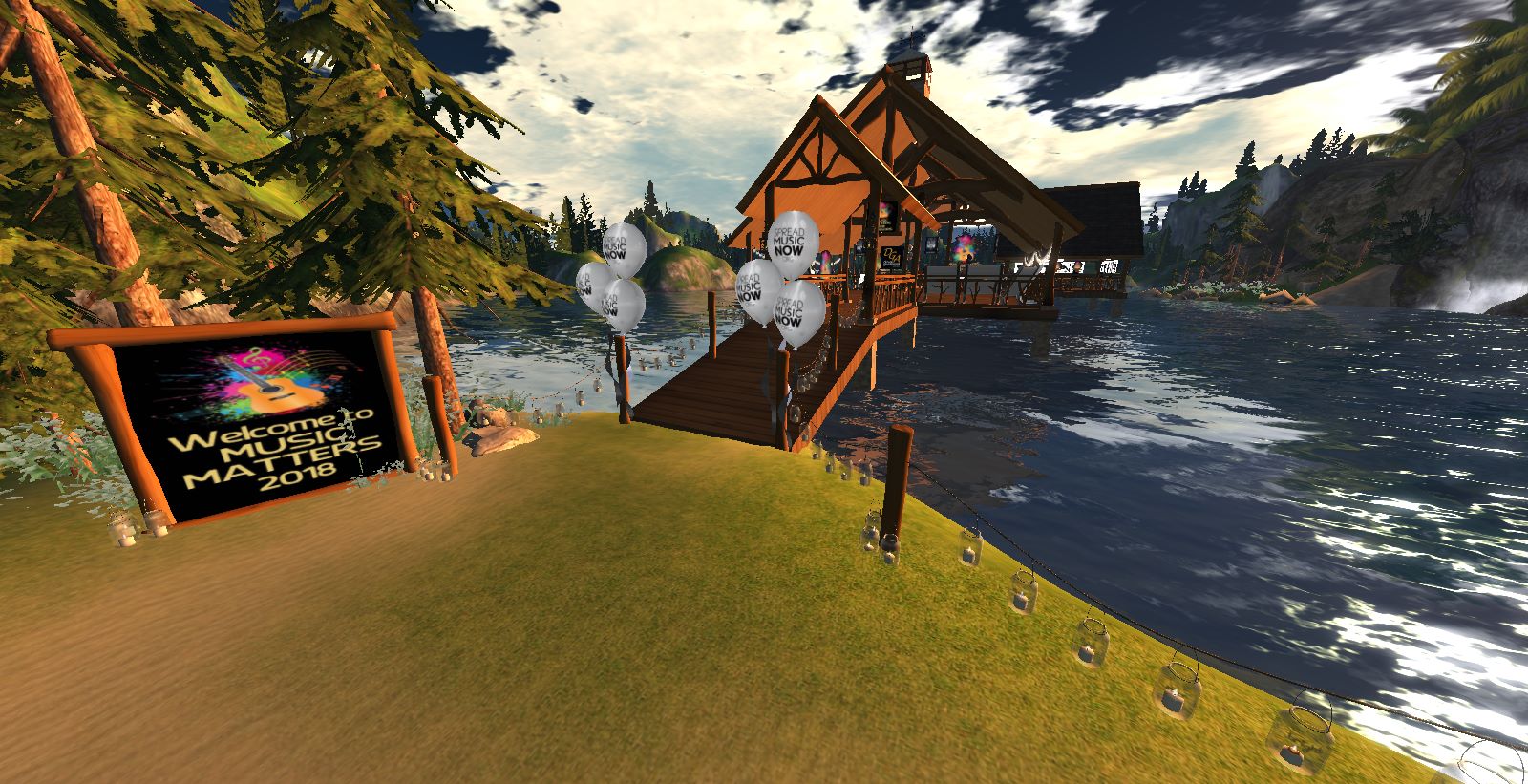