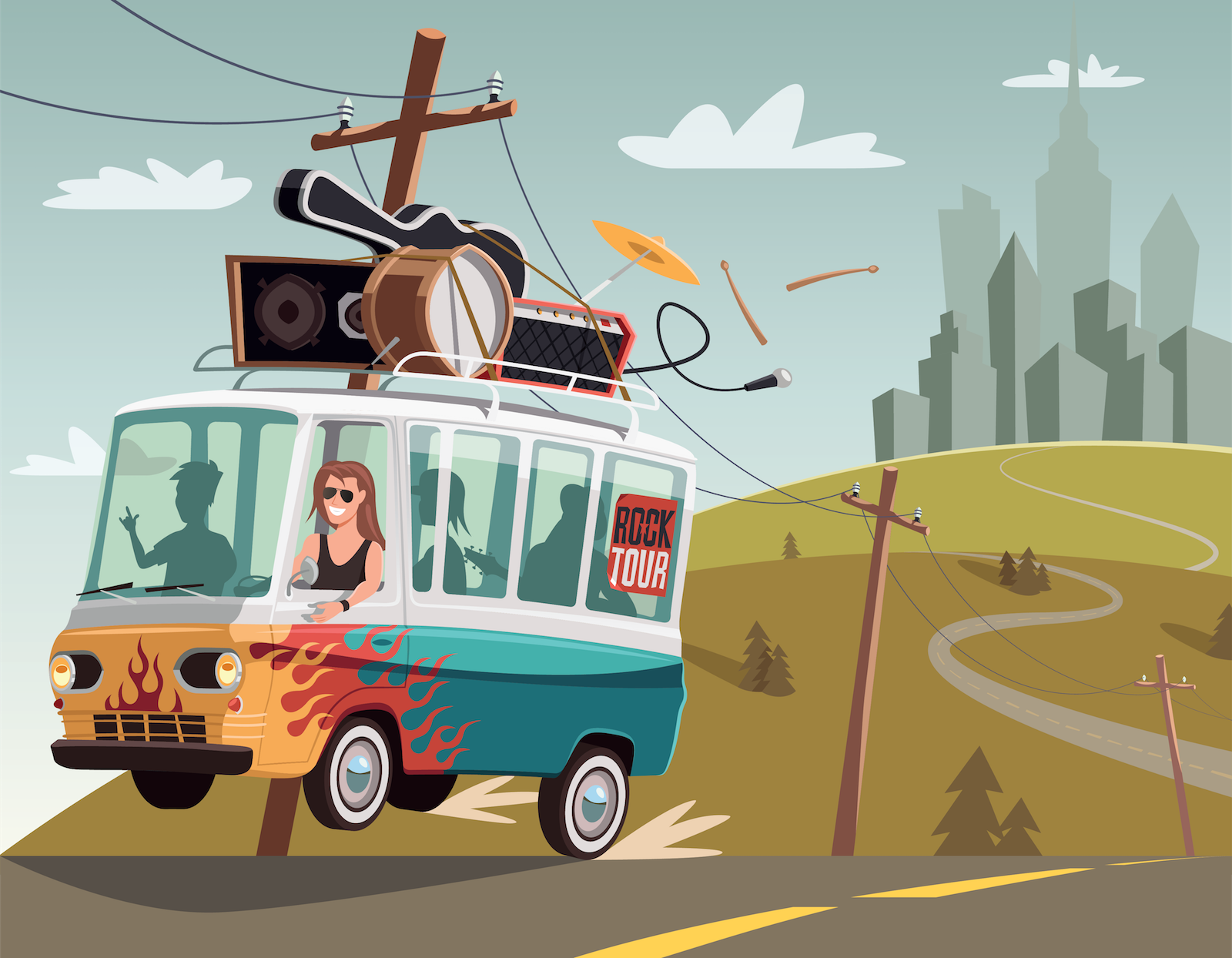 I have the utmost respect and admiration for touring artists. Over the course of my 25 years representing talent, I was constantly blown away by the dedication and strength of those who sacrificed the comfort and stability of “normalcy”—a normal home environment, a normal schedule, normal relationships with friends and family, normal diet and exercise, and yes, a normal job—in their passionate dedication to making and playing music.

For some perspective, Willie Nelson once described his 'real job' as riding six or more hours a day on his bus. He went on to say that after ‘work', he got to play music with his friends and entertain a lot of fans in the process, and that was the best part of this day. Ponder this: what if the rest of his day was terrible? As an entertainer, he still has to put on his game face and give people a show. What about the emo artist who has the best day ever and has to get up on stage and be professionally depressed? The show must go on, and this ability to put all else aside— to push down negativity and find a reserve of positivity and strength— night after night, in one new town after another, is one of the most remarkable skills that touring artists possess, and that fans don’t often consider.

For touring artists—as well as for those artists who do not spend their time on the road, whose career paths may find them in classrooms or production studios—this is not just a job, and it is often not even a choice: it is a part of what makes them who they are, and they must create— they are compelled to create— to get the music out of them and out into the world. Whereas the need, the desire and the compulsion to create art may not be entirely optional for most artists, the same is true of touring. It wasn’t always this way. Touring is now a necessity for many artists who, in a prior era, may have spent more time at home or in the studio creating and earning a living from their artistic products, not their performance. Despite the oft-cited inequities that existed in the major label era, from roughly the 1940s through the early 2000s, artists made a significant proportion of their income from the sale of music, and touring was often seen as part of the marketing campaign to support a record release. However, for the vast majority of professional artists today, touring represents more than three-quarters of their revenues, and replaces music sales in today’s music industry environment.

How Did We Get Here? 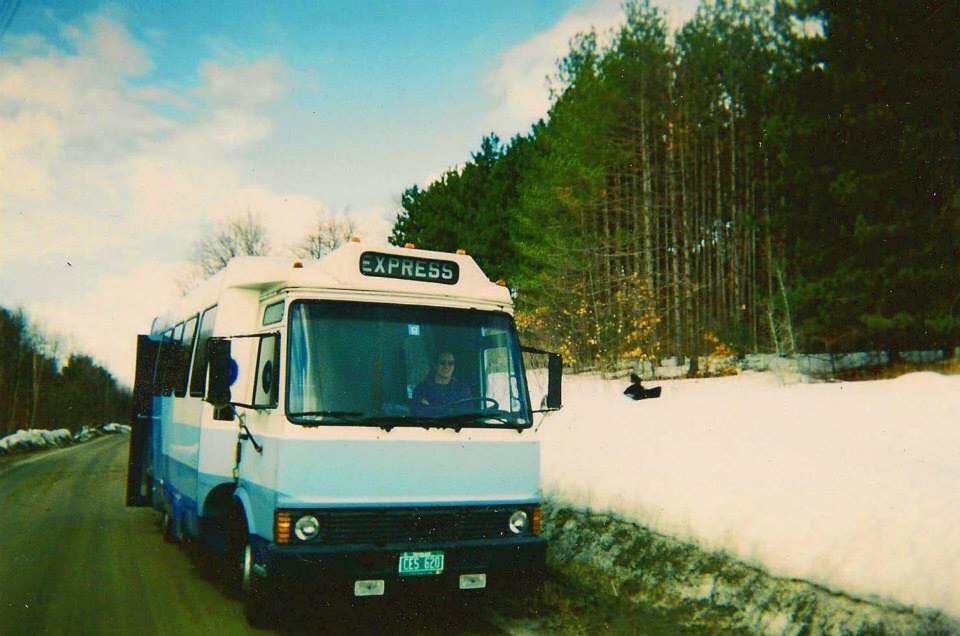 Here is a quick and facile review of how we got here. In just over a two year period, between the Summer of 1999 and the Summer of 2001, a peer-to-peer music sharing program called Napster upended the music business and radically changed our relationship with recorded music. In short, the public perception of recorded music as a valuable commodity that we saved up for, purchased and collected— taking care not to damage or lose those precious vinyl records, cassettes or CDs— was radically transformed. Music was thus made basically free, something we are all entitled to, and this change happened pretty quickly. As computers became affordable and the internet took off, it was not just sharing music that became possible: it was now rather easy to create and promote music, and the number of aspiring artists mushroomed, even as the traditional music industry shrank along with the royalties established artists relied on.

The music industry was slow to adapt, but adapt it did, ultimately arriving at the current subscription-based model and label participation in touring, publishing and other aspects of an artist's revenues in exchange for financial support, marketing and other professional services. The fourth industrial revolution democratized the creation, marketing, and distribution of music. It also led to previously unimagined consumption— people have more music than ever before— and revenues from the exploitation of music copyrights and publishing. It did not, however, lead to a significant redistribution of profit to the artist's advantage. In 2018, Citigroup attempted to determine what the artists’ share was of the previous year’s music business earnings. "Their effort included the touring and publishing business as well as the record companies and streaming services. Its answer: 12 percent. In other words, out of all the money that changes hands because of music—$43 billion, the bank claimed—the people who actually make music get only slightly more than one-tenth. Harper’s picked up the statistic in its monthly index, noting by comparison that the amount of NBA revenue going to players is one-half. What’s more, according to Citi, artists’ share was actually up, from 7 percent in 2000, driven mainly by the concert industry.” (Pitchfork.com)

The Once and Future King: Touring, Tickets & T-shirts 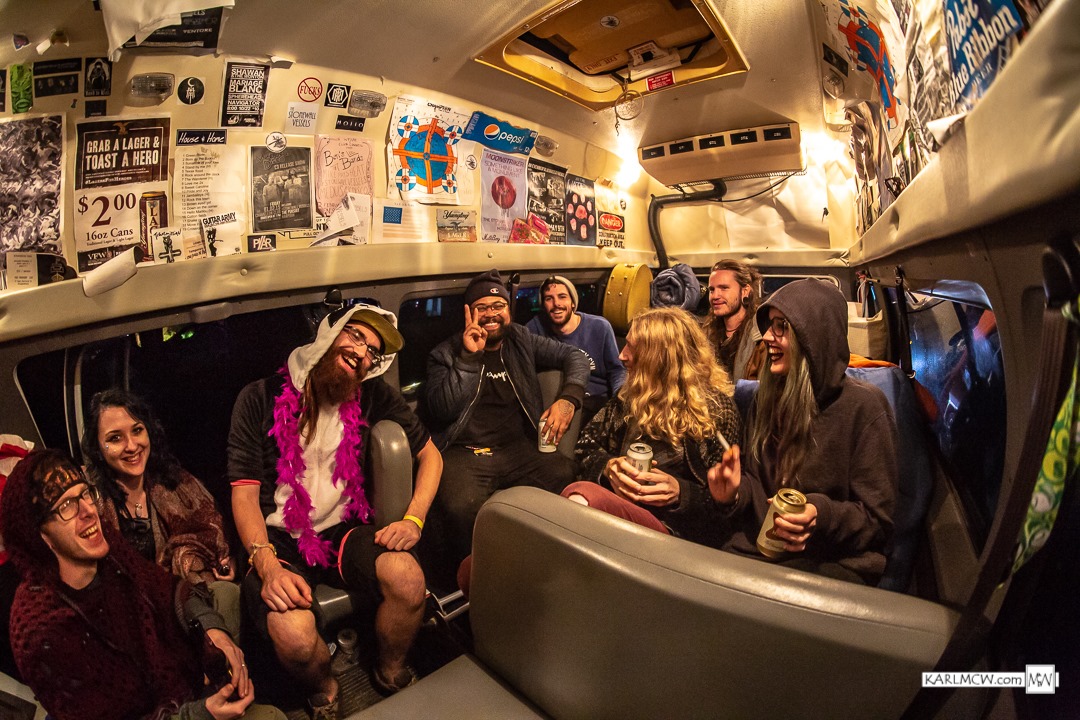 Thus, the inequity of the old music business is still baked into the new equation, but for nearly all but the major stars at the top of the heap, touring accounts for roughly 75% of a professional artist's revenues today. In a funny way, all of these technological and cultural changes have sent the whole business back to an earlier time— before labels and radio ran the business and decided the winners— when artists piled into station wagons with boxes of vinyl records and played honky-tonks and roadhouses, going from town to town like traveling minstrels. This is where we are again, and where we have been since Napster: it's a “tickets and t-shirts” business that relies on touring.

To the same extent that touring artists are the lifeblood of the music business, they are the engine that drives our SpreadMusicNow operation forward. They will be out there playing all over the country and beyond, promoting our mission and generating revenues for the cause through ticket price add-ons, benefit concerts, co-branded merchandise sales and online fundraisers. As they 'play it forward', we, for our part, will be supporting them with marketing and promotional support, and doing everything we can to spread the word about their music and their support for our mission. I hope that you— the SpreadMusicNow community— will check them out, support them in any way you can and go see them live when they come to your town.

Throughout this process of telling touring artists about what we do at SpreadMusicNow and seeking to engage them in the mission, I hear over and over the same refrains, along the lines of "music class saved me”, "Mr. or Mrs. Music Teacher inspired me”, “I wouldn’t be where I am today without music education”, and so on. This mission makes sense to them, as they are themselves excellent examples of the profound impact of music education, and one could reasonably argue that nobody knows the empowering effect of music education more than touring artists. The Music Empowers® Artist Ambassadors are our new partners, and we’re thrilled to be working with them to support music education for underserved youth. 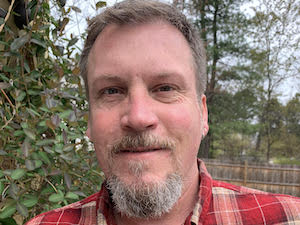 Tom Baggott joined the SpreadMusicNow team as Executive Director after being moved by both a personal connection to the mission and the impact of the Music Empowers brand. A music industry veteran, he brings his passion and support for youth culture, education and the community at large to the organization. Tom lives in Colchester, VT with his wife and two teenage daughters, two cats, and a rescue dog.

To learn more about Tom, visit our leadership page.