Through our new Music Empowers® Virtual Connections program, we are working to facilitate remote music instruction while providing tools and resources to help strengthen our community during COVID-19.

February Music Student of the Month 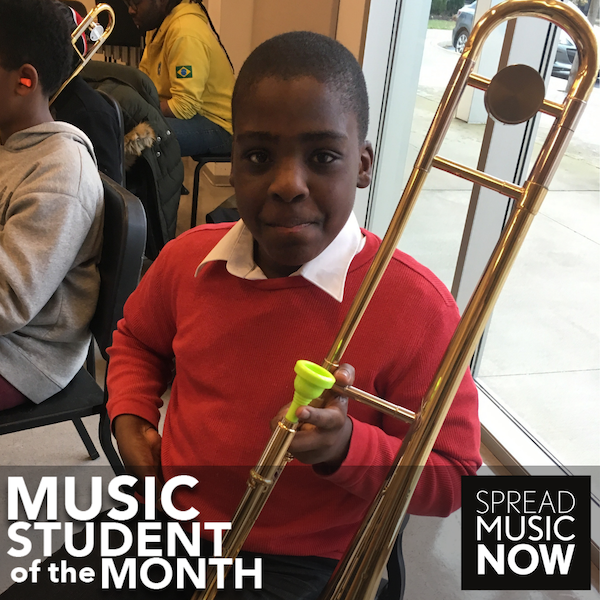 Congratulations to Shaquille Keniin, our February Music Student of the Month!

He quickly set himself apart from his sixth-grade peers by logging more hours of after-school practice than any other student musician in the school. When his schedule would allow it, Shaq sometimes would work for as much as two hours without stopping.

As a member of PROJECT MUSIC's performing ensembles, Shaquille has appeared in concerts around Stamford, CT. Venues that he has played at include the Chester Addison Community Center, Yerwood Center, the Jackie Robinson Park of Fame, Edgehill Retirement Community, and Stamford Government Center.

Keep up the good work, Shaquille!