August Music Student of the Month 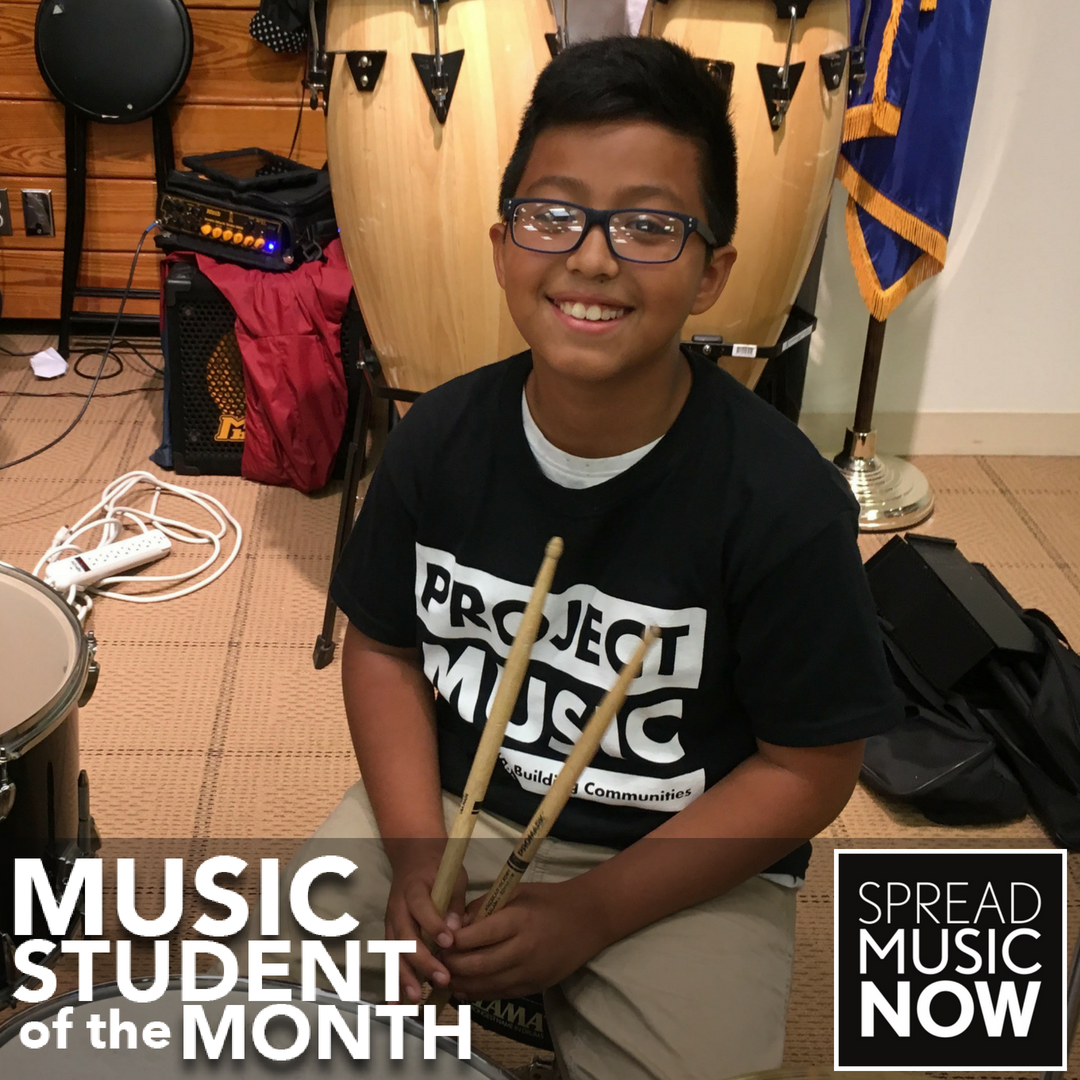 Our August Music Student of the Month is Edwin Rodriguez-Reyes from PROJECT MUSIC. Congrats, Edwin!

Edwin has been a student of PROJECT MUSIC since September 2014. He studied trumpet for a year, before finding himself more at home as a percussionist.

Since then, he has consistently devoted six hours per week to after-school rehearsals, in addition to joining the percussion section at Scofield Magnet Middle School when he entered the sixth grade.

In the summers of 2017 and 2018, Edwin won scholarships to attend the Musical Leadership Academy in Traverse City, MI, where he has been able to work with Teaching Artists from around the country. This month, he will take his first audition for the Greater Bridgeport Youth Orchestras, hoping to add a level of intensity to his seventh grade schedule.

Keep up the great work, Edwin!