November Music Student of the Month 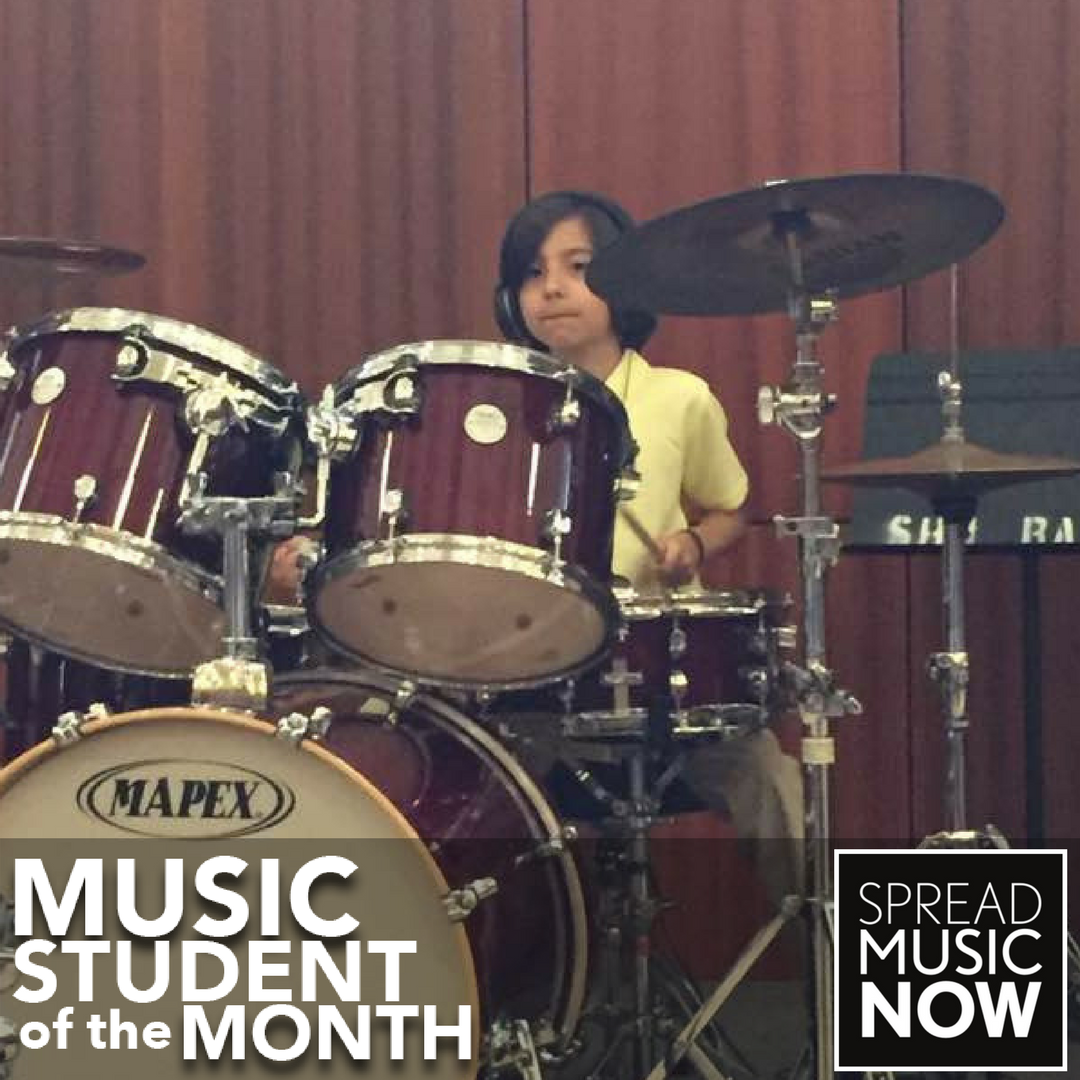 Eight-year-old Nicolas Vierra is a thriving, funky percussionist who attends All Saints Catholic School in Norwalk, Connecticut. Nicolas started his musical journey under the guidance of James Moss and Tim Walsh at the age of 5.

He was nominated by Ms. Tianan Hargrove, who is a big fan of the young drummer.

Currently, Nicolas is playing at the Jim Royle Drum Studio and School of Rock in Fairfield, Connecticut. Nicolas is also a big sports fan and avid basketball player. When he's not practicing his drums, he's perfecting his skills on the basketball court.

Nicolas is extremely grateful for his parents' constant love and support. Also, he wants to give a big thank you to his amazing family, teachers, fans, and SpreadMusicNow for this honor!