October Music Student of the Month 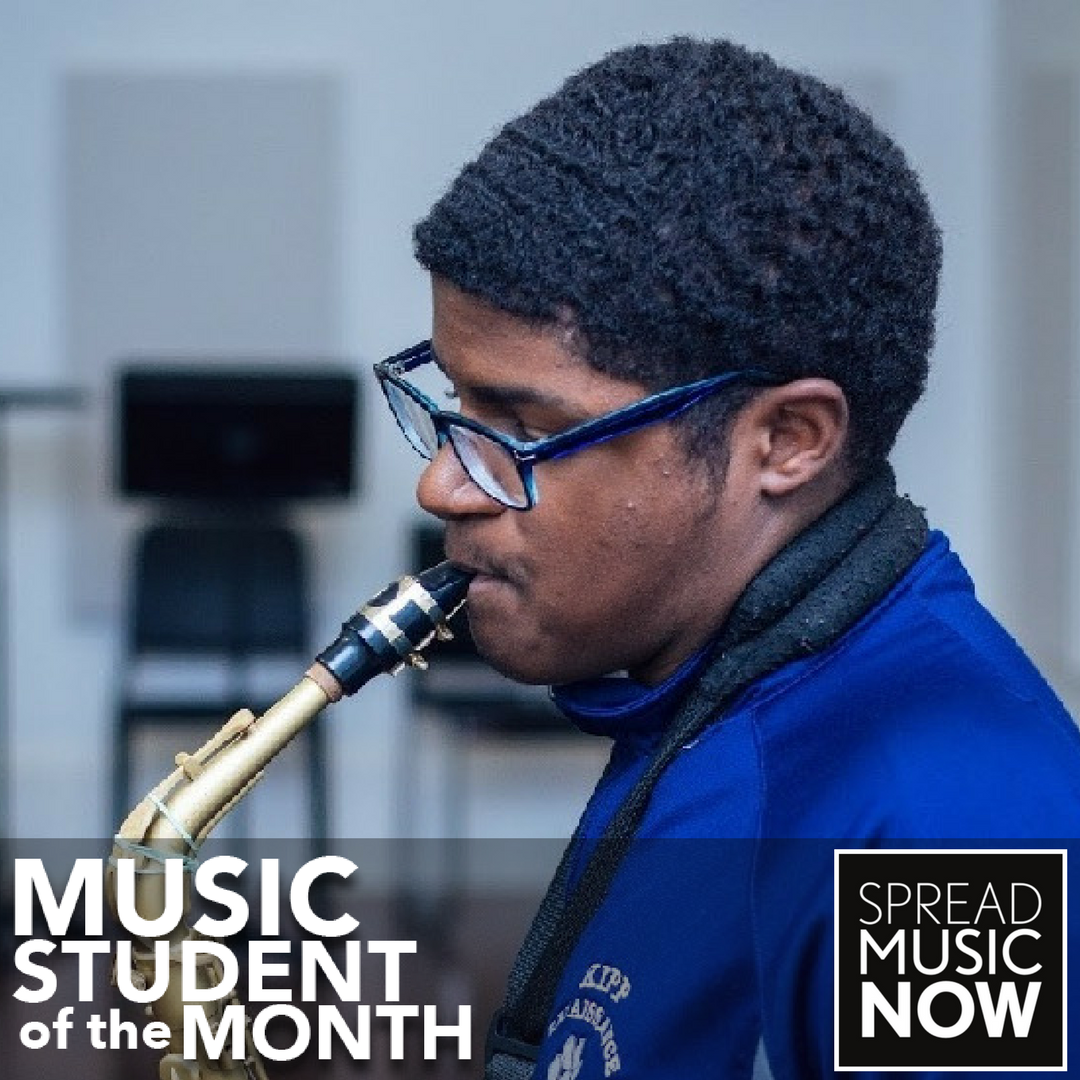 Christopher Plummer was chosen as student of the month in October because of his excellent musical ability, positive attitude, and fearlessness in performing. He is always present and prepared to work. He's nominated by his teacher Asia Muhaimin of the Trombone Shorty Academy.

In His Own Words

My name is Christopher Plummer. I am from New Orleans, Louisiana in the 9th ward. I'm my mother's only child, but I have a brother and sister who rap and sing respectively. I started to play saxophone in the 7th grade and currently been playing for six years. My role in the band is being the drum major. I keep discipline as well assist in teaching the music to my band members. At the same time, I maintain a 4.00 cumulative GPA in school and since I've been promoted to drum major, it is my biggest and only commitment. However, I do promote school pride amongst my peers that are outside the band. Overall, that's the gist of what I do and who I am.