September Music Student of the Month 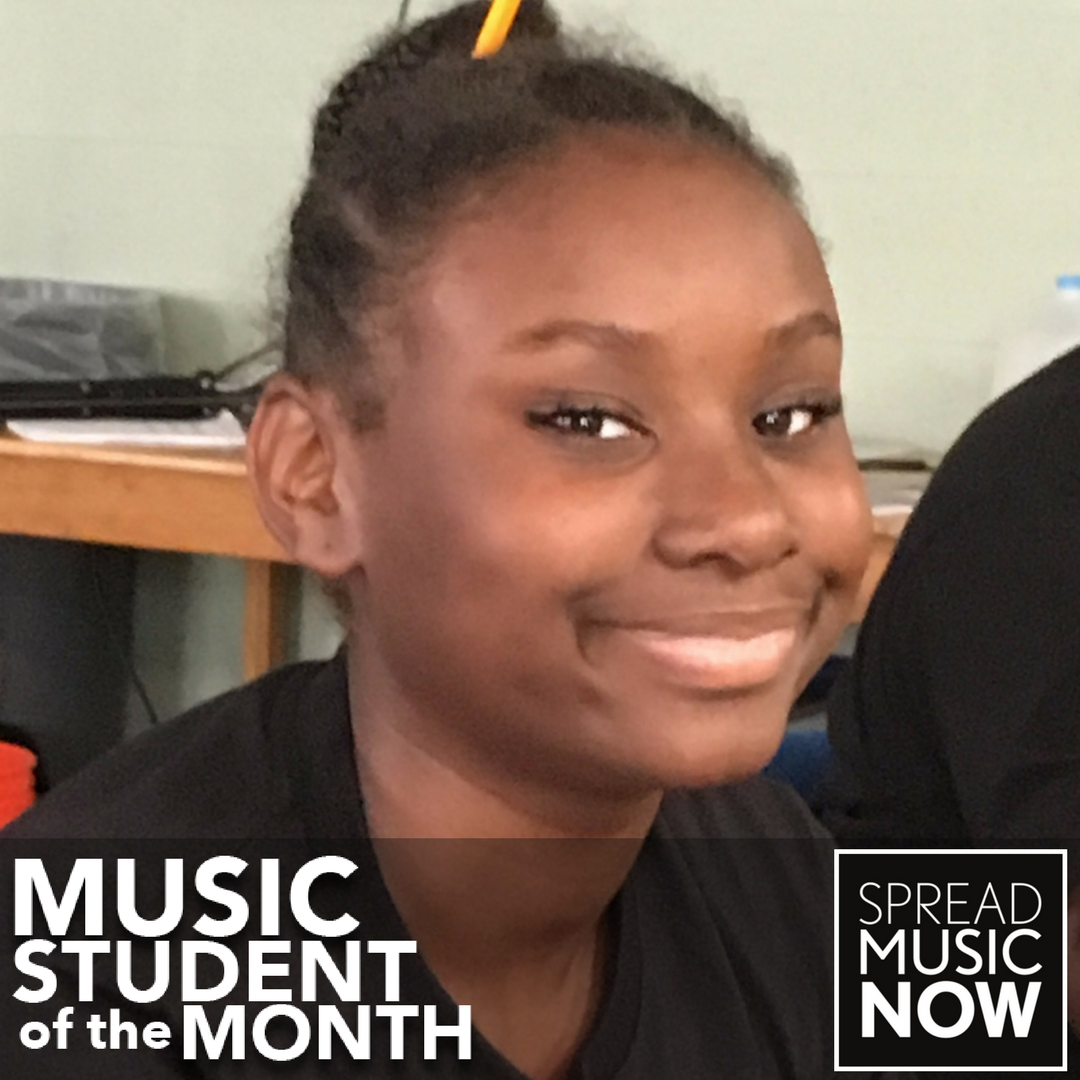 Kamrin Wilson joined PROJECT MUSIC as a third grader at the Chester Addison Community Center, and was the very first student in the program to select the flute as her primary instrument. She has taken daily music classes ever since, and has been a consistently positive presence in the program.

This month, she deserves special recognition for her immense musical and personal growth over the summer months. When Kamrin was one of six Stamford students awarded a scholarship to attend the Archipelago Project Music Camp in Traverse City, Michigan this summer, I had the privilege of accompanying her for the 11-day experience. I knew her musical abilities well, but I was nonetheless amazed to watch her rise to the new challenges of the camp. Most of the campers were of middle and high school age, but while Kamrin had just graduated elementary school a month earlier, that did nothing to dampen her energy and leadership. Many teachers at the camp remarked on her creative contributions to her music ensemble, and she performed fearlessly at every opportunity that arose. I have no doubt that Kamrin will continue to be a leader among her peers in the years to come, as well as a superior musician.

Kamrin is nominated by Ian Taylor, her former teacher and current executive director of PROJECT MUSIC.