June Music Student of the Month 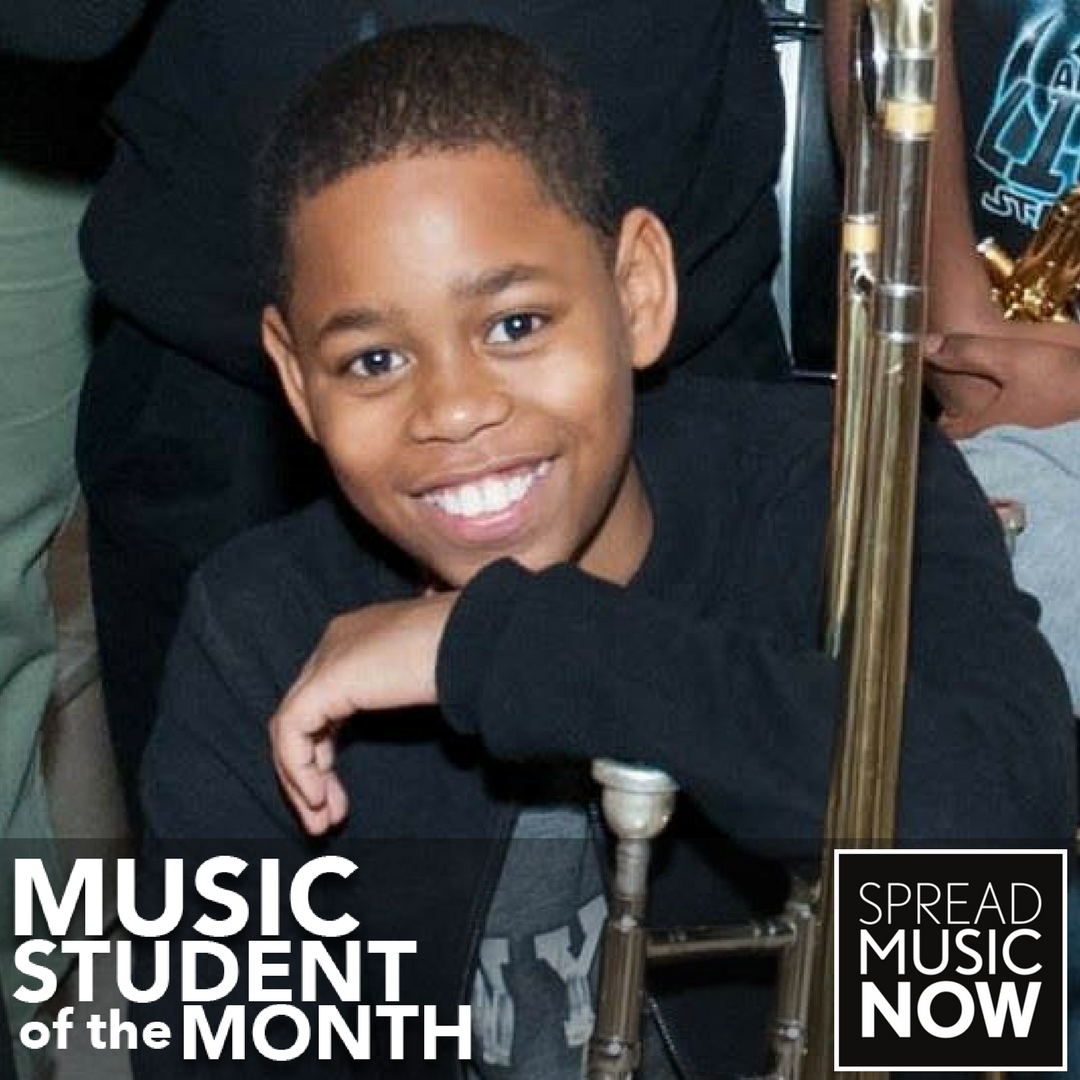 Congrats to Cameron Tillman for being selected as SpreadMusicNow's Music Student of the Month! He was nominated by Susan Mazer, the Director of Arts Programs at Charter Oak Cultural Center.

At the age of 6 – Cameron asked his mom if he could learn to play the saxophone. She declined because he already had a trombone, but he refused to learn how to play it. She made him a deal – she said: "once you learn how to play your trombone...then you can switch to another instrument." Cameron dedicated himself to learning how to play his trombone. In 5th grade, he joined his school band at John F. Kennedy Elementary in Windsor, CT, in addition to the band at church. Cameron began to learn how to read music and really play his horn. He got so comfortable playing his trombone that he did not want to put it down.

This year Cameron started 6th grade at Sage Park Middle School in Windsor, CT. There he joined the school orchestra band and decided to audition for the jazz band as well. Cameron became one of only four 6th graders on the school's jazz band. Being a member of the jazz band he quickly fell in love with the jazz music genre. He started to listen to all kinds of jazz music and learning about the musicians.

Cameron learned about the music program at Charter Oak Cultural Center. They have a brass band called the Funky Dawgz Community Brass Band. Cameron had a few friends that played for this band and begged his mom to join. She told Cameron that he was already a member of three bands and taking on another was going to be a lot. He promised not to let his grades fall and that he would be responsible for keeping up with all the work he needed to put in. He did just that.

Cameron has a love for playing his trombone. He is quickly advancing in the band he plays in at church and even played in the orchestra band at church in Washington D.C at a Memorial Day event hosting thousands of people. Cameron has received Student of the Month for the band at Sage Park Middle School and was one of the featured soloists during many of the concerts performed at the school. Recently, Cameron has just been awarded a full scholarship to attend the Litchfield Jazz Camp this summer. Charter Oak Cultural Center made this connection for us and helped to ensure his admittance.

He plays with such passion and enjoyment. He loves the trombone and is hardly ever seen without it.