February's Music Student of the Month 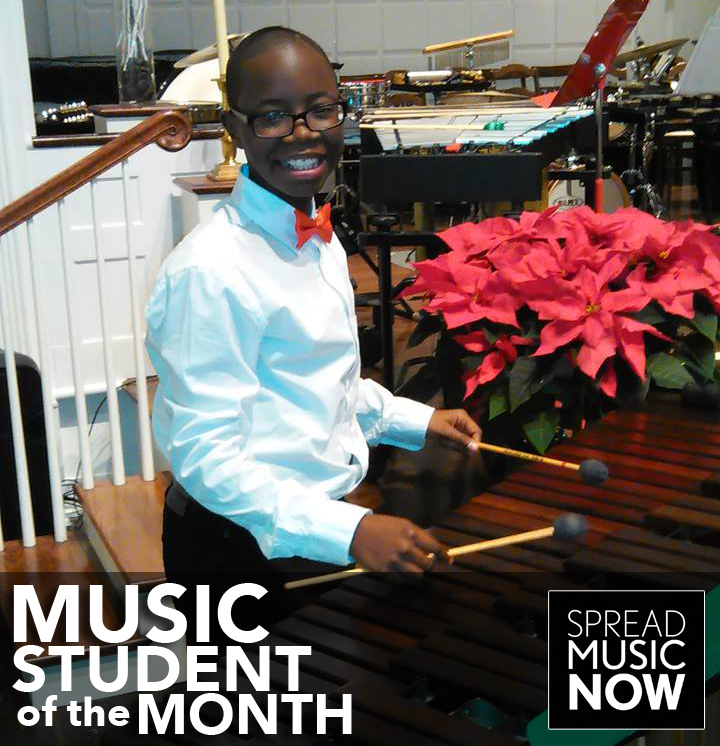 SpreadMusicNow is honored to introduce its first Music Student of the Month. Congratulations to Tiyon Hargrove for being an outstanding student worthy of recognition!

Tiyon Hargrove was fascinated by music at an early age. Now a 7th-grade TAG (talented and gifted) honor student at Cesar Batalla, Tiyon participates in music whenever possible. He's currently a percussion student at Jim Royle Drum Studio, Greater Bridgeport Youth Orchestra, plus Hoebel's Billboard Band of Cesar Batalla. All of Tiyon's experienced instructors are enthusiastic about music and elevate his drumming to the next level.

In addition to drumming, dance and theater are major influences in his growth. Tiyon receives classes at The Klein's ASK program as well as PAC of CT. When he is not beating the drums or dancing with the stars, he is an avid Pokémon player, Lego builder, and animal lover. Tiyon thinks the world of his Mother along with all of the great teachers and mentors that highly encourage him through his musical adventures.

After School at The Klein (ASK) had this to say about Tiyon:

We want to nominate Tiyon because he is not only a phenomenal percussion student, but he also gives his all to every project he takes on. He was featured in the Greater Bridgeport Branch of the NAACP's September newsletter for being an outstanding student and his recital of a letter President Obama wrote to his class. He is also a student in our ASK program and we couldn't be more thrilled to have him!