And the #SpreadMusicHere Winners Are...

Over the past several months we've been working to ensure your Giving Tuesday and end-of-year donations to #SpreadMusicHere were given to programs where they could make the most impact.

If you remember, we gave you the option to allocate your donation to Instruments, In-School Programs, After-School Programs or a combination of all three! Without further adieu, here are the proud recipients of those funds. 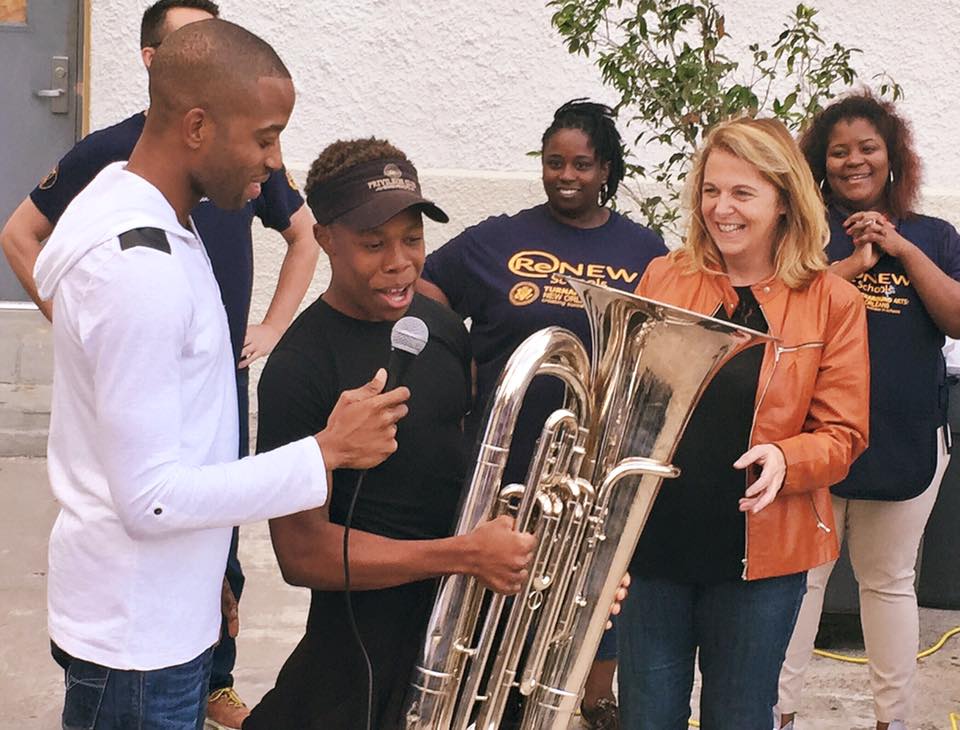 Jarred Gray: A Leader in the Band

Jarred Gray was invited to play the trumpet at the White House as part of the Turnaround Arts Talent Show. This act included Turnaround artists Alfre Woodard and Troy Andrews and moved the entire audience, including the first lady, to a standing ovation. A pinnacle moment, Jarred since holds his head higher at school, puts his nose a bit more in the books, and is a leader in the band.

When Kathy Fletcher, National Director of Turnaround Arts, got wind that Jarred was dying to play the tuba, she stopped at nothing to find him one. In conjunction with SpreadMusicNow and the New Orleans Music Exchange, a tuba was purchased, refurbished and gifted to Jarred. He writes the following of his own story:

“What the arts mean to me is a different category of great opportunities. I played the trumpet, but always had an eye on the tuba. One day I picked up a tuba and started to blow in it like any other instrument. I loved the sound and the concept that you cannot have a band without a tuba. Now, I am really planning to do a lot. I am teaching my best friend how to play and we can march around the block while he plays saxophone and go on Canal Street soon." 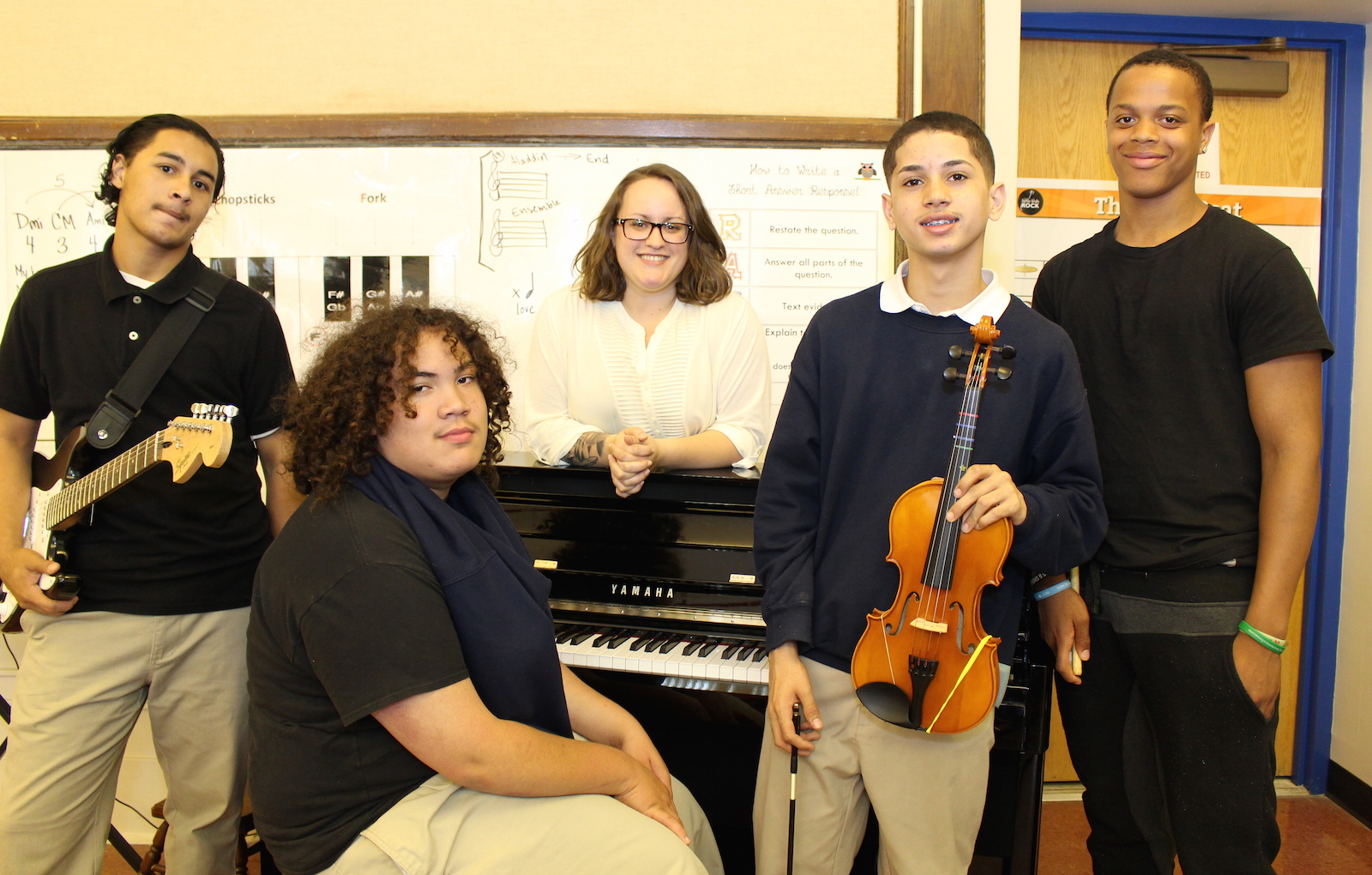 SpreadMusicNow’s contribution to the music program at Thirman L. Milner School will benefit the entire student body. The grant is enabling Lauren Bowers to attend a summer workshop hosted by Little Kids Rock. There she will build on prior training in pedagogy for instruction in modern band, and be able to pass along new learning to her students. She will acquire new techniques to support her students as they rehearse and perform repertoire from contemporary music using modern band instruments such as pianos, guitars, and drums.

In addition, the grant from SpreadMusicNow will enable her to supplement materials in the classroom with additional iPads. Ms. Bowers said that, "the more I can put instruments and technology in the hands of students, the more student-centered my classroom will be! Thanks to SpreadMusicNow." 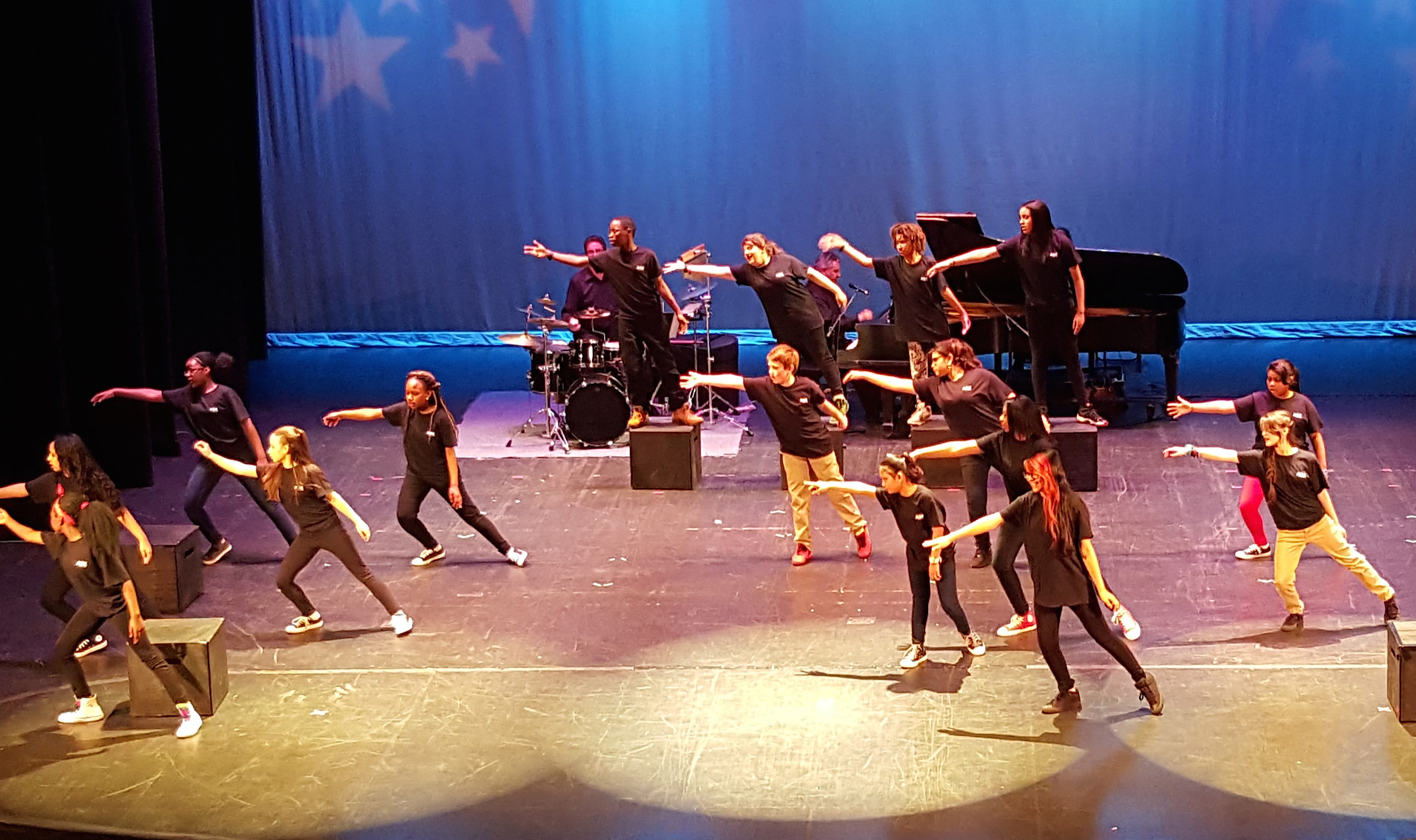 SpreadMusicNow sponsored After School at The Klein's (ASK) March 31st performance in Bridgeport, Connecticut. The show, titled "It's a Wrap", was a tribute to music from films ranging from the silent era to present, including song, dance, and monologue performance by the students.

ASK is the only tuition free in-theater after-school arts program available in Bridgeport, a city where many families live at or below the poverty level. Over 120 students in grades 7 through 12 attend classes three days each week.

Arts education has a well-documented and widely recognized positive impact on children’s ability to learn in school and succeed outside of school, as it builds perseverance, focus, problem solving and communication skills. Supporting ASK means more Bridgeport teens will have a safe, enriching place to go after school. ASK students come from 11 Bridgeport schools and represent every city council district.